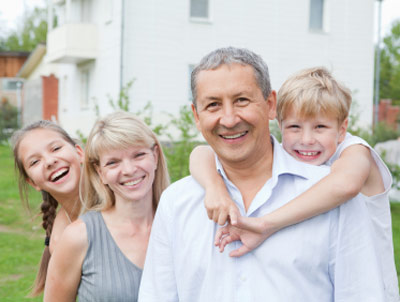 Time span: Later-born children have a higher risk of developing autism than their older siblings, who were born when their parents were younger.

The odds of having a child with autism begin to rise at age 35 for both men and women, but that risk does not increase further when both parents are over 35, according to a large study published in the March issue of Annals of Epidemiology1.

Several studies have shown that advanced paternal and maternal age can increase the risk of having a child with autism. But results have been inconsistent about whether one parent’s age has more of an effect than the other. It is also unclear whether genetic factors alone, such as the increased risk of mutations as a result of aging, are responsible for the effect.

In the new study, researchers looked at the medical records of more than 1.3 million children born in Denmark between 1980 and 2003, of which 9,556 children have a diagnosis of autism.

They also identified a subgroup of 7,005 families that have at least one pair of siblings in which one of the siblings has autism. Of these, 2,732 children with autism are separated from their siblings by enough time to put their parents into a different age bracket — defined as under 35, 35 to 39 or over 40.

The researchers also controlled for the child’s year of birth and sex, as a later birth year and being male both increase the risk of developing autism.

Advanced maternal and paternal age each had a similar effect on the risk of having a child with autism, the study found.

The increased risk is greater for children with a diagnosis of classic autism, as opposed to an autism spectrum disorder such as PDD-NOS or Asperger syndrome, the study also found.

However, the risk of having a child with autism when both mother and father are older is not statistically different than the risk for either parent alone. For example, a woman who is older than 40 years has about 1.7 times the odds of having a child with autism than a woman who is younger than 35 if the father is under 35, and 1.55 times the odds if he is older than 40.

This suggests that spontaneous mutations that arise in sperm and eggs as parents get older may not account for the full effect of parental age on autism risk, because these mutations would be likely to combine to increase risk, the researchers say.

The findings were similar when the researchers restricted the study to siblings born far enough apart that their parents were in different age groups. This suggests that environmental and genetic factors that impact both siblings and are unlikely to change over time, such as inherited genetic mutations, are also not likely to account for the parental age effect.

Other factors, such as long-term accumulation of environmental toxins, medications or inflammation associated with autoimmune disorders might partially account for the observed effect, the researchers say. Social factors, such as older parents being more likely to seek out a diagnosis for their children, are also possible.