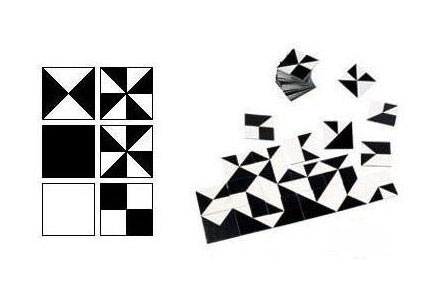 Block party: People with autism are better at building patterns than at language.

The ability to perform better on intelligence tests that measure spatial rather than verbal ability is inherited in people with autism, according to a paper published online in October in Human Genetics.

Traditional intelligence quotient (IQ) tests measure a combination of spatial intelligence — such as the ability to create a pattern with blocks of different colors — and verbal intelligence, which includes language measures such as vocabulary. These are separately referred to as performance IQ (PIQ) and verbal IQ (VIQ). People with autism have been shown to perform better on PIQ than on VIQ measures.

In the new study, researchers compared these scores with the results of autism diagnostic tests in 287 families with more than one member who has autism. They found that a higher score on PIQ than on VIQ correlates with the social and cognitive deficits of autism.

The researchers also show that this difference has a genetic basis. For example, it is more likely to occur in siblings of children with autism who also have the disorder.

The researchers narrow down an association with the higher PIQ score to five genetic regions. One of these, chromosomal region 10p12, shows the strongest association, and has been linked to autism in other studies.

Another region, 16q23, may also play a role in language impairment. This region overlaps with the CDH13 gene, mutations in which have been associated with autism and attention deficit hyperactivity disorder.