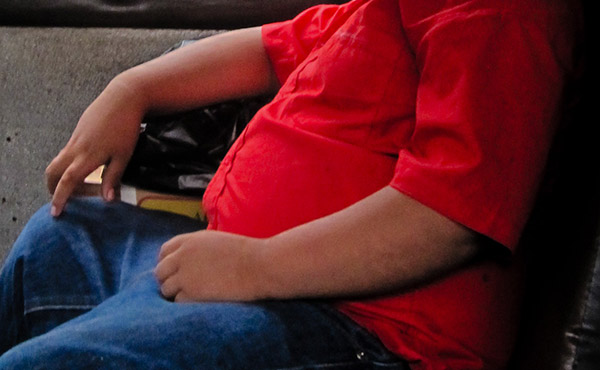 More than 70 percent of individuals lacking the autism-associated 16p11.2 chromosomal region are overweight or obese, according to a small study published 20 September in the Journal of Genetics and Genomics1.

Signs of obesity begin around 5 years of age and are more severe in boys than in girls, the study also found.

About one percent of individuals with autism have a deletion of one copy of the 16p11.2 chromosomal region. Individuals with the deletion have a range of symptoms, including intellectual disability and language delay, and a reported 30 percent have a diagnosis of autism.

Two studies published in February also reported an association between the 16p11.2 deletion and obesity. About 0.4 percent of obese individuals carry the deletion, according to one of these studies.

In the new study, researchers identified 15 boys and 13 girls with a deletion in the 16p11.2 region, from among 6,680 individuals referred for genetic testing for developmental delay or autism.

Of the 28 individuals, 15 are either overweight or obese, the study found. Children 5 years of age or older are much more likely to be overweight and obese: 13 of 18 individuals, compared with only 2 of 10 children younger than 5.

The study also found that 8 of 17 children over age 5 with the deletion are obese, compared with 81 of 387 individuals without the deletion who have autism and developmental delay. This suggests that obesity is associated with the deletion itself, the researchers say.

The researchers also reviewed published data for 47 individuals with the 16p11.2 deletion and found a similar association between age, gender and obesity.