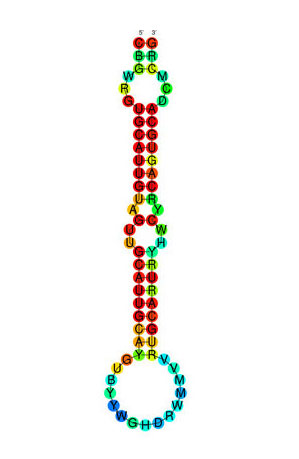 Growth factor: A microRNA that influences the generation of new neurons is associated with schizophrenia.

Growth factor: A microRNA that influences the generation of new neurons is associated with schizophrenia.

A large association study links five new genetic regions to schizophrenia and implicates MIR137, a regulatory RNA that plays a role in neuron development, in the disorder. The results were published 18 September in Nature Genetics1.

Genome-wide association studies can identify genetic regions that are more likely to be mutated in individuals with a disorder than in controls. However, these studies need a large number of participants to achieve significance.

In the new study, researchers from the schizophrenia arm of the consortium looked at more than a million single nucleotide polymorphisms (SNPs) — genetic variants that alter a single base pair — in 9,394 individuals with schizophrenia compared with 12,462 controls.

They then reexamined any SNP that had a genome-wide association in this dataset in another group of 8,442 individuals with schizophrenia and 21,397 controls.

The most significant association is a SNP within MIR137, a microRNA that regulates the generation of new neurons. Four of the regions associated with schizophrenia overlap with genes that are predicted to be regulated by MIR137, the study found.

MicroRNAs, which control gene expression by inactivating the RNA transcript that codes for protein, are emerging as important players in neurodevelopmental disorders.