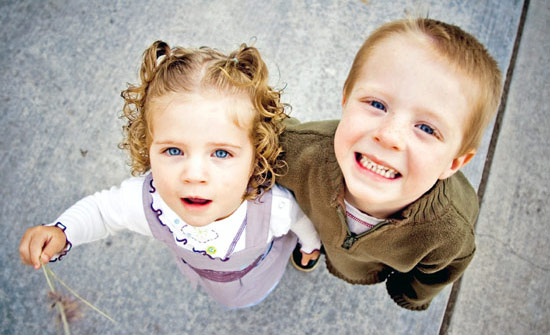 Relative risk: Four times as many boys as girls have autism, making gender an important consideration in genetic studies that rely on statistics.

Accounting for gender increases the power of family-wide studies linking genetic mutations with autism, according to a study published in December in Molecular Psychiatry. The researchers use this approach to identify two candidate genes for the disorder.

Many autism researchers have used genome-wide association studies, or GWAS, to find genes that increase risk of the disorder. These studies have identified several autism-associated genes, but most account for only a small proportion of autism cases.

Boys are four times as likely as girls to have autism. In the new study, researchers argue that ignoring gender in genetics studies could make the association between some genes and autism seem less significant. For example, recessive genes on the X chromosome always lead to a phenotype in males, who have only one X chromosome, but not in females.

The researchers factored in gender into a GWAS study of 990 families that have two or more children with autism. They found one genetic variant that is significantly linked to autism at a genome-wide level when taking gender into account, but not when using a traditional approach.

This mutation is in the uridine phosphorylase 2 gene, which is involved in metabolism and has previously been linked to autism.

The researchers similarly found another mutation linked to autism in the ryandine receptor 2 gene, which codes for a protein needed for transporting calcium into cells.

Mutations in other calcium channel genes have also been linked to autism and to Timothy syndrome, a neurological disorder characterized by social deficits similar to those seen in autism.