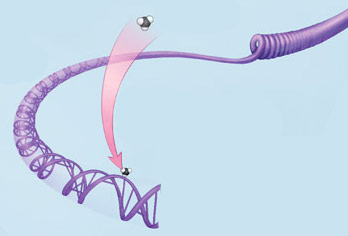 A gene involved in epigenetics — regulation of gene expression by modifying DNA, but without altering the sequence — is associated with autism in families that have only one child with the disorder, according to a study published online in November in The Journal of Autism and Developmental Disorders.

MTHFR, or methylenetetrahydrofolate reductase, is an enzyme that plays a key role in methylation, which can alter gene expression by adding a methyl group to DNA. Individuals with autism from 205 simplex families — in which a single child, but not the parents or siblings, has autism — are more likely to carry one of two variants of the MTHFR gene that reduce its enzymatic activity.

These two versions of the gene, 677T and 1298A, are each characterized by a single DNA base change. Individuals with autism are more likely to carry one or both of these variants, the researchers found.

By contrast, the researchers do not see this association in 307 multiplex families, which have more than one child with autism. There are known genetic differences between the two types of families, although multiplex families typically show a higher frequency of inherited autism-linked mutations.

Methylation, one of the most common kinds of epigenetic control, could explain how individuals who have a similar genetic makeup can have different levels of risk for autism. Mice that lack a protein that binds to methyl groups have autism-like symptoms, for example. Various teams are investigating changes in methylation patterns in people who have autism compared with controls.