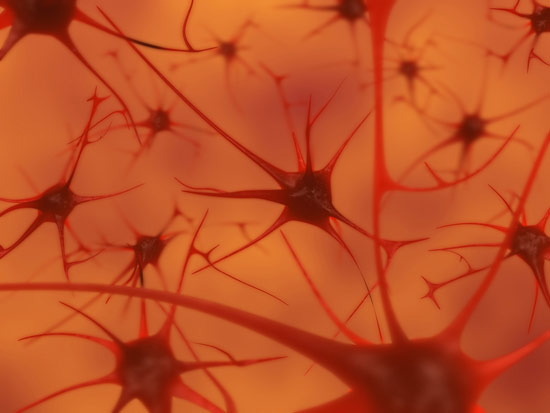 Branching out: Many newly identified gene targets of FOXP2 are involved in the growth of neuronal branches during development.

A gene tied to autism and language disorders is needed for proper wiring of the developing brain, according to a study published yesterday in PLoS Genetics1.

The gene, called forkhead box P2, or FOXP2, encodes a protein that turns other genes on and off.

People who carry FOXP2 mutations often have a range of language problems, such as trouble following mouth movements during speech and difficulty applying grammatical rules2. One of FOXP2’s targets is CNTNAP2, a well-known autism risk gene.

In the new study, researchers screened the entire genome in mouse embryonic brain tissue and found 264 genes to which FOXP2 directly binds. FOXP2 is a kind of master switch in the genome, and its activity varies in different tissues and developmental periods.

When the researchers compared gene expression in the embryonic striatum — a brain region where FOXP2 expression is known to be high — they found that 19 of the 264 genes show differences in expression between healthy mice and those lacking FOXP2.

Several of these genes have intriguing functions in the developing brain. For example, one called neuritin 1, or NRN1, is important for the growth of neuronal branches during early brain development.

Intriguingly, in adult brains, NRN1 plays a role in the dynamic strengthening and weakening of synapses, the junctions between neurons, which are crucial for learning. “It has a nice link to synaptic plasticity,” says lead investigator Simon Fisher, director of the Max Planck Institute for Psycholinguistics in the Netherlands. “This is one of my favorite targets at the moment.”

Fisher’s team also analyzed whether any of the implicated genes cluster into particular networks. They found a statistically significant overrepresentation of genes involved in pathways that are crucial for early brain development, such as the birth of new neurons and the growth of axons — neuronal branches that send out electrical signals.

When FOXP2 is added to neurons in culture, the neurons grow longer branches compared with controls. Conversely, neurons harvested from mouse embryos carrying FOXP2 mutations have shorter branches compared with controls. Fisher is planning to sequence the exomes, or protein-coding stretches of the genome, in individuals with language disorders. Knowing the important targets of FOXP2 will help researchers make sense of the deluge of sequencing data, he says.