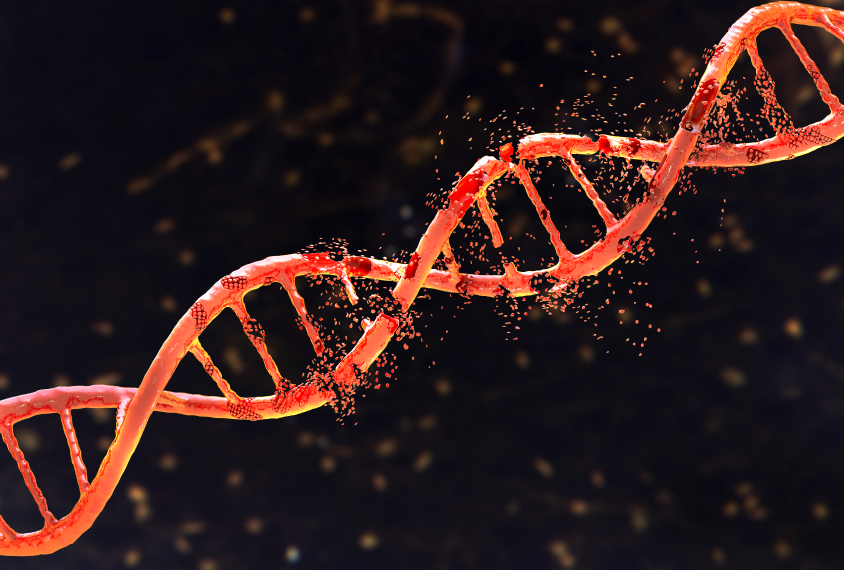 Deletions in the second half of the autism-linked gene neurexin-1 are associated with seizures and large head size, according to a study published 23 May in the European Journal of Human Genetics1.

Mutations in proteins that function at the synapse, the junction between neurons, are associated with autism. These proteins include neurexins and neuroligins, which function as partners at opposite ends of a synapse.

Single-base alterations of the DNA sequence and larger deletions within the neurexin-1 (NRXN1) gene are both associated with autism. A 2010 study showed that deletions in NRXN1 are rare among individuals referred for genetic testing for neuropsychiatric disorders, but are more common than in controls2.

In the new study, researchers looked at 8,051 people referred for genetic testing and found 22 individuals who have a deletion in NRXN1. They also included two people with NRXN1 deletions identified by other laboratories. Of these 24 deletions, 17 disrupt exons, or the regions of the gene that code for protein.

Of the 17 individuals with these deletions, 10 are diagnosed with an autism spectrum disorder, another 2 have features of autism, and 7 have attention deficit hyperactivity disorder, the study found. Of the 15 of these individuals evaluated for their intelligence quotient, 14 have intellectual disability.

Parental sequencing data are available for 15 of the 17 individuals. Of these 15 individuals, 11, including 2 pairs of siblings, inherited the deletion from one of their parents. In all of those cases except one, the parent has a history of neuropsychiatric disease, and two of them have a diagnosis of autism.