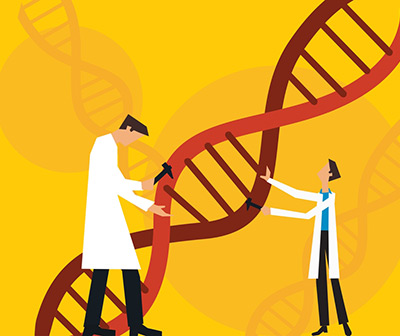 Hot spot: One-third of the alterations found in children with childhood-onset schizophrenia are in the chromosomal region 22q11.2.

Chromosomal abnormalities may be more prevalent in individuals with a rare form of childhood-onset schizophrenia than in those with the classic presentation of the disorder, according to a study published 21 May in Molecular Psychiatry1.

These children show symptoms of schizophrenia, such as delusions and hallucinations, that do not emerge until adulthood in the more common form of the disorder.

The researchers presented preliminary results from this study in January at the Salk Institute, Fondation IPSEN and Nature Symposium on Biological Complexity in La Jolla, California.

Several studies published in the past few years have found that duplications and deletions of chromosomal regions, called copy number variants (CNVs), are more prevalent in people with neuropsychiatric disorders than in controls. Many of these CNVs have been seen in multiple disorders, suggesting the disorders have a shared genetic cause.

For example, about 30 percent of people with a deletion in 22q11.2 have schizophrenia, and as much as 20 percent have autism. However, some researchers suggest that these children have misdiagnosed childhood-onset schizophrenia rather than autism.