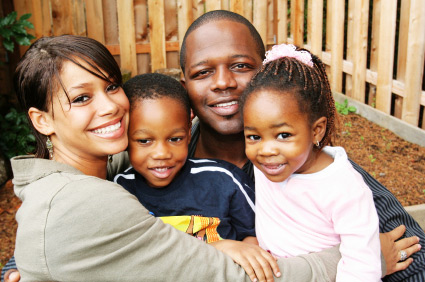 Family history: The Simons Simplex Collection collects comprehensive information from families that have only one child with autism.

Family history: The Simons Simplex Collection collects comprehensive information from families that have only one child with autism.

The Simons Simplex Collection (SSC), a database of genetic and clinical information from families that include one child with autism, has gathered data from more than 2,000 different families, researchers report in the October issue of Neuron.

The SSC, run by the Simons Foundation Autism Research Initiative (SFARI.org’s parent organization), aims to find novel genetic regions that contribute to the disorder by looking at simplex families — in which only one child has autism, and the parents and siblings do not. These families can help identify small copy number variations — deletions or duplications of DNA — that are not inherited from the parents.

The collection differs from previous efforts by focusing on these simplex families, and selecting people with moderate-to-severe symptoms of autism. By contrast, the Autism Genetic Resource Exchange, the largest other such project, is a repository of samples from families with more than one child with autism and a broad range of severity, according to another paper in the same issue.

SSC clinics at 13 locations across the U.S. recruited children with autism between 4 and 18 years of age. Researchers enroll children who have no other complications that could confound the results, such as severe neurological deficits, low intelligence, complications during birth or a known inherited neurological disorder such as Down syndrome or fragile X syndrome.

Trained clinical psychologists at each site diagnose family members using the Autism Diagnostic Interview-Revised and the Autism Diagnostic Observation Schedule, as well as other tests designed to measure intellectual, cognitive and language ability. They also document a comprehensive medical history, which includes other symptoms associated with autism, such as seizures, unusual sleep patterns and autoimmune disorders. Altogether, the SSC gathers information using 27 different questionnaires and checklists, which include thousands of data points.

Researchers assigned each individual in the study a Global Unique Identifier to anonymously track their data and link them with other autism databases. The identifiers will allow for follow-up studies that can track changes in the participants over time.

SSC data and samples, including whole blood, DNA and cell lines, are available to other researchers. The project has also begun sequencing whole genomes of the participants and launched a software platform, called SFARI Base, to organize the data.