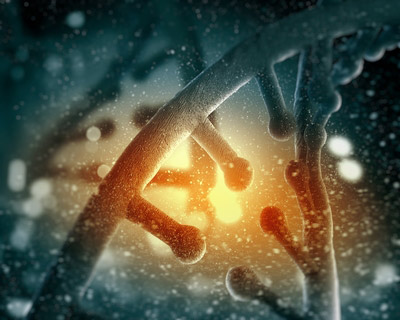 Mutations in TRIM33, a protein that is part of the cell’s cleanup crew, may up the risk for autism, according to a study published 5 November in Molecular Psychiatry1.

TRIM33 is located in the 1p13.2 chromosomal region, which has been linked to autism in other studies. The gene codes for a ubiquitin ligase, an enzyme that adds a chemical tag to proteins destined for destruction. Another protein in the same family, called UBE3A, has been tied to autism and the related Angelman syndrome.

In the new study, researchers looked at 275 Han Chinese individuals with autism and their unaffected parents, as well as 1,280 people from the same ethnic group, including 170 with autism. They found two variants in the TRIM33 gene that are more common in people with autism than in controls. These associations reach statistical significance when the two groups are combined, but not when each group is analyzed individually, perhaps owing to the low number of participants.

The researchers confirmed the results in three databases of people with autism and their unaffected family members, all of European ancestry. The findings in two ethnic groups, members of which often carry different population-wide variants, confirm the potential importance of this gene in autism.