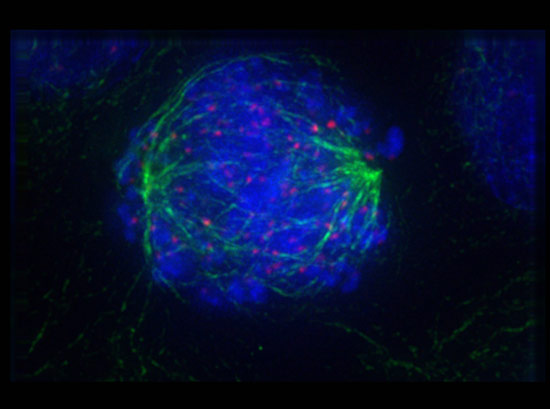 Rare mutations in TSGA14, a component of the centrosome — which is required for the generation of new neurons — may be associated with autism, according to a study published in January in the American Journal of Medical Genetics.

Variations in the chromosomal region 7q32 are associated with autism when inherited from the father. Researchers sequenced three of the five genes in this region in 92 individuals with autism, and found three harmful mutations in the TSAG14 gene. These mutations were all inherited from an unaffected father, suggesting that they contribute to the described paternal effect of the 7q32 region.

When they sequenced the gene in an independent group, the researchers found the same TSAG14 variants in 6 of 348 people with autism and 2 of 670 controls.

Multiple rare variants, including those in TSAG14, probably combine to lead to the overall association between 7q32 and autism, the study suggests

The results also implicate the centrosome in autism. The centrosome regulates the birth of new neurons and helps guide them as they migrate into their correct position in the brain.