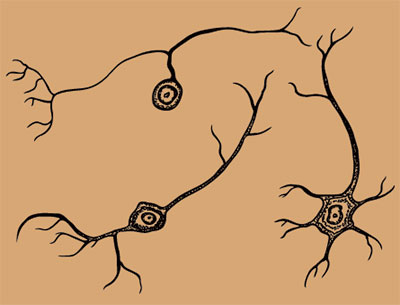 Nascent cells: Elevated activity in the Wnt signaling pathway can lead to abnormalities in the birth and migration of neurons.

Individuals with autism may carry genetic variants in a pathway important for brain development, according to a study published in September in Translational Psychiatry1.

The Wnt signaling pathway is crucial for transmitting chemical signals between the outside and inside of cells throughout the body. In the brain, the pathway is a key player in the birth of new neurons. Studies over the past few years have linked this pathway to both autism and schizophrenia.

For example, several mutations in DISC1, a schizophrenia risk gene, have been shown to disrupt Wnt activity. A 2011 sequencing study found duplications in two Wnt genes in an individual with autism. Last year, another study reported higher expression of a Wnt gene in postmortem brain tissue from children with autism than in tissue from controls2.

In the new work, researchers sequenced ten genes in this pathway — WNT1, DVL1, DIXDC1, PRICKLE4, DACT2, NEUROG1, DKK1, DKK4, NEUROD1 and CTNNB1. They did this using blood samples from 198 people with autism in the Simons Simplex Collection and 240 controls. (The Simons Simplex Collection is a database of information and samples from families that have one child with autism and unaffected parents and siblings. It is sponsored by the Simons Foundation, SFARI.org’s parent organization.)

In seven of these ten genes, the researchers detected extremely rare ‘missense mutations’ that alter the protein code. These variants turned up in about 3.5 percent of the autism group, compared with 0.8 percent of controls. All of the individuals had inherited the variants from one of their parents.

Another variant, dubbed rs61758378, is in the WNT1 gene, which has previously been linked to autism: Rats exposed in vitro to valproic acid, a known autism risk factor, have elevated levels of WNT13. To better understand the impact of this mutation, the researchers inserted it into human kidney cells grown in culture.

These cells show excessive activity in the Wnt pathway compared with controls, the study found.

Intriguingly, animal models have shown that elevated Wnt signaling can lead to abnormalities in the early development and migration of neurons and in the formation of synapses, the junctions between neurons4. This may explain why mutations in Wnt genes are more common in a brain disorder such as autism, the authors say.