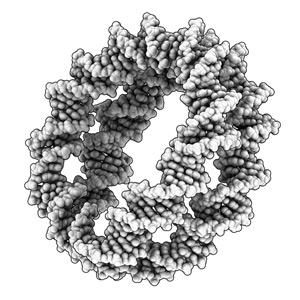 Preferred pathway: Mutations that modify chromatin — the DNA-protein complex that controls access to genes — are common in autism.

A significant proportion of mutations linked to autism alter proteins that regulate gene expression by modifying the structure of DNA, according to a study published 13 November in Molecular Psychiatry1.

In a letter to the journal’s editor, the researchers presented their analysis of data from four papers published earlier this year. Those papers sequenced the protein-coding regions of the genomes of almost 1,000 children with autism and their families and found that children with autism have more spontaneous, harmful mutations than controls do2, 3, 4, 5.

In the new study, researchers looked at the 121 mutations that are most likely to be harmful. Twice as many of these mutations modify chromatin — a DNA-protein complex that regulates gene expression by modifying DNA structure — than would be expected by chance, they found.

Children with autism in the original four studies are eight times more likely to have mutations that disrupt chromatin-linked genes than are 6,000 controls from other studies, the researchers found. And in individuals with autism, harmful mutations are about seven times more likely to disrupt chromatin genes than are benign mutations. This suggests that chromatin genes are not affected just by chance, the researchers say.

The researchers also looked at 105 of the 121 genes that are known to be expressed at specific times during development. Most of these genes are expressed preferentially in the fetal brain and function in chromatin regulation and in the nucleus, the analysis found.