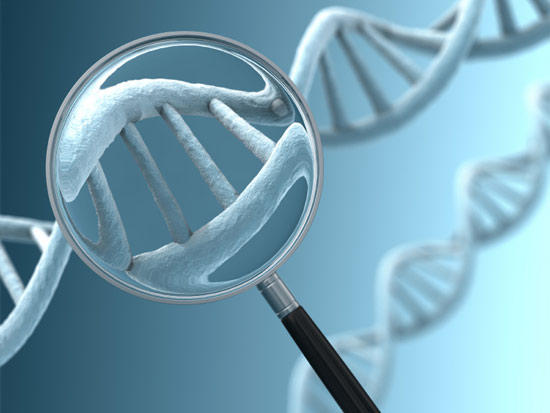 Double trouble: Mutations in the DIAPH3 gene lead to autism only when both copies of the gene are altered.

Two rare, unlikely and inherited mutations in the same gene may together have contributed to a case of autism, according to a study published 23 March in Molecular Psychiatry. The results suggest that the gene, DIAPH3, is a new candidate for autism risk.

The researchers identified a 13-year-old boy with autism who has a deletion of a genetic region on chromosome 13 inherited from his healthy mother. When they sequenced the region inherited from the healthy father, they found another mutation — this time, a single amino acid change — in DIAPH3. The gene is involved in cell movement and the connections between neurons.

The amino acid change appears to affect the function of DIAPH3: adding the normal protein to cultured cells enhances the growth of filopodia — cellular projections that initiate movement — whereas the mutant copy does not. The mutation is in a domain conserved throughout evolution.

Like another autism risk candidate, SHANK3, DIAPH3 facilitates cell movement using the motor protein actin, suggesting that both proteins could function in the same pathway.

Several copy number variations, or CNVs — duplications or deletions of DNA regions — are associated with autism, but inherited CNVs are believed to contribute to only a small proportion of cases.

The DIAPH3 mutation inherited from the father is likely to be rare and is not present in 328 controls. Similar undiscovered mutations could contribute to autism in combination with CNVs, the researchers suggest.