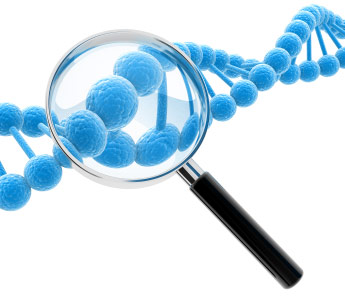 Severe effect: Children who have a deletion in 22q11.2 and autism symptoms tend to have small brains and low intelligence quotients.

Children with a deletion in the 22q11.2 chromosomal region have one of two distinct sets of symptoms, and only one of those is associated with autism, according to a study published 28 August in Research in Developmental Disabilities1.

Deletion of one copy of a region of 22q11.2 that encompasses 40 genes is linked to schizophrenia and symptoms of autism. Duplication of the same region is more common in people with autism than in controls.

As with other copy number variants — duplications or deletions of chromosomal regions — most individuals with the deletion are affected, but they show varying symptoms.

In the new study, researchers looked at previously described features of 50 children, aged 6 to 17 years, who have a deletion in 22q11.2. The features include magnetic resonance imaging measures of brain structure, unusual facial features and intellectual ability. The researchers also used two parent report questionnaires, the Autism Screening Questionnaire and the Strength and Difficulties Questionnaire, to describe cognitive deficits.

Symptoms of the syndrome tend to cluster together into two groups, the study found. Children in one group are more severely affected, with significant intellectual disability, poor memory and small brains. This group is also more likely than the other to have autism-like symptoms, such as social deficits.

Children in the second group have facial dysmorphology and are high functioning, with some deficits in executive function — higher-order functions such as planning or problem solving.

Categorizing children with the deletion into groups can help clinicians tailor treatments and predict whether they might develop schizophrenia later in life, the researchers say.