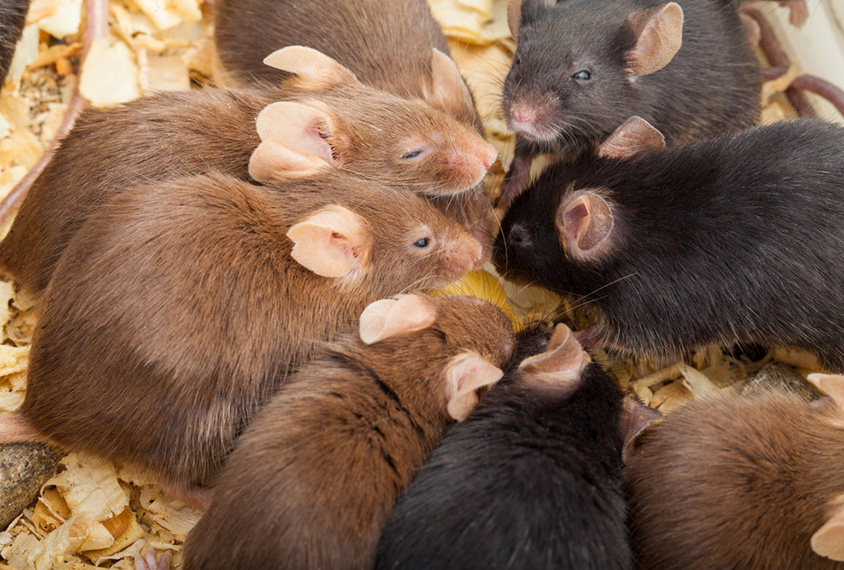 Behavior breakdown: Some mice strains may naturally be suited for autism research.

Mice with different genetic backgrounds have distinct behavioral profiles — and that may muddle results from mouse research.

The finding may explain why mice harboring the same mutation display inconsistent behaviors across studies.

“It’s a concern, because we tend to compare across strains, looking at just the mutation, not looking at what the background was,” says Razia Sultana, a graduate student in Charles Lee’s lab at Louisiana State University, in Baton Rouge, Louisiana. “Background is definitely imparting some behavioral phenotype differences.”

Models generated from a variety of mouse strains are the bedrock of basic research into many neurological conditions, including autism.

“But not so much is known about how different the background behaviors of these mice are,” Sultana says.

Sultana and her colleagues compared the behavioral traits of five mouse strains. They gave each group a battery of behavioral tests designed to capture social skills, memory and sensory processing, as well as behaviors that mirror anxiety and depression.

Several strains show significant differences in their behaviors, the researchers found. For example, C57BL/6J mice, which are commonly used in autism research, are less anxious and more eager to explore than other strains.

The 129SvEv strain of mice shows diminished interest in engaging with an unfamiliar mouse, less exploration, more depression-like behaviors and more repetitive behaviors than other strains.

These two strains each form distinct clusters when the researchers applied a statistical approach designed to detect patterns in data. Sultana says the behavioral patterns of the remaining three strains — BALB/c, CBA and CD1— fall between those of the other two.

The findings may guide researchers choosing which mouse strain to use for their genetic model. For example, the 129SvEv strain, which carries a natural mutation in the autism and schizophrenia-associated gene DISC1, displays behaviors relevant to both conditions — and could be useful for that research without added mutations.