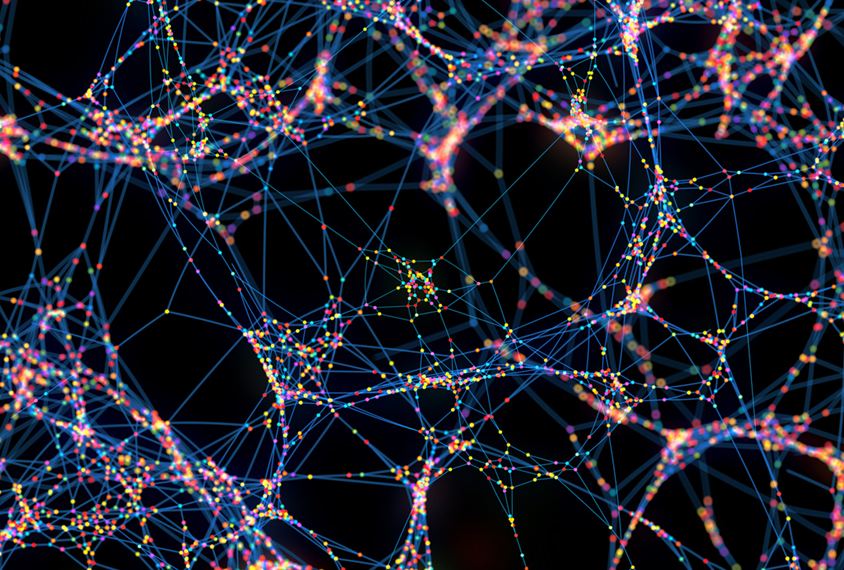 Many genes linked to autism, schizophrenia and developmental delay share the same functions: They regulate the expression of other genes and support communication between neurons, according to an unpublished study.

Researchers presented the findings virtually today at the 2021 International Society for Autism Research annual meeting. (Links to abstracts may work only for registered conference attendees.)

Hundreds of genes with diverse functions are linked to autism, but how each contributes to the condition is unclear. In the new work, researchers analyzed the functions of 102 autism-linked genes that previous studies identified by comparing the genetic sequences of thousands of people with autism and those with other conditions, along with their family members and controls.

“The genes identified give us an unprecedented opportunity to follow the biology, follow the genetics, to ask the question, where does this converge on function?” said lead investigator Stephan Sanders while presenting the work. Sanders is associate professor of psychiatry at the University of California, San Francisco.

Other researchers are studying convergence in 3D brain models called organoids and looking for neuroanatomical similarities and differences across different animal models of autism, including mice and frogs.

Sanders and his colleagues analyzed the 102 autism-linked genes together with 285 genes linked to developmental delay and 10 linked to schizophrenia. The data came from the Autism Sequencing Consortium, the Deciphering Developmental Disorders project in the United Kingdom and the Schizophrenia Exome Meta-Analysis Consortium. (Sanders and his colleagues announced additional autism-linked genes at the meeting on Tuesday.)

The team then scanned published articles and genetic databases to find information about the genes’ functions and expression levels. The majority fell into one of five functional categories: regulating gene expression, supporting neuron communication, maintaining cell structure, promoting cell signaling, and modulating protein degradation by way of a molecule called ubiquitin. Most genes associated with any of the three conditions fell into the first two categories.

“While different forms of autism may have different starting points, by 100 days of differentiation we can start to see some convergence,” said investigator Aaron Gordon when he presented the work. Gordon is a postdoctoral researcher in Daniel Geschwind’s lab at the University of California, Los Angeles,.