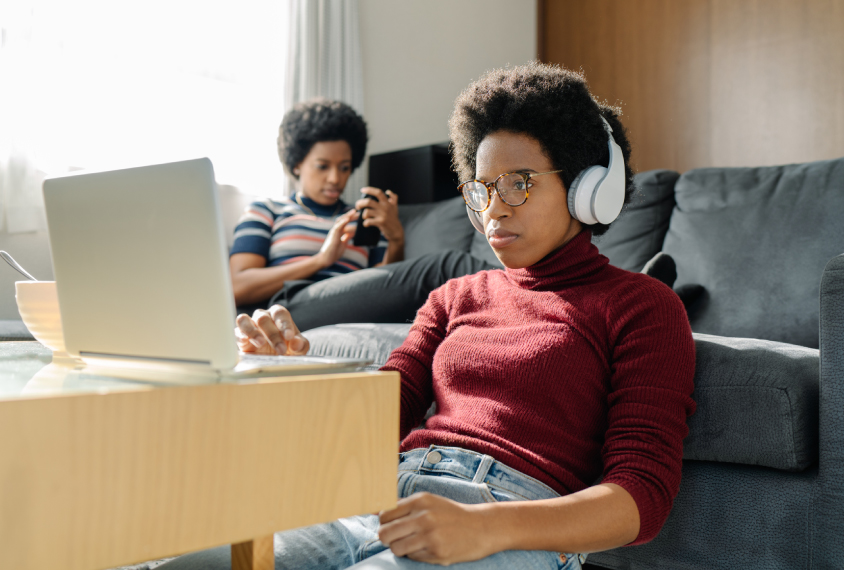 Spotting inhibition: Among identical twins, autism traits are associated with a tendency to avoid or not notice environmental cues.

Genes influence autistic people’s reactivity to sights, sounds and other sensory cues, whereas environmental factors shape their tendency to notice and seek out such stimuli, a new study in twins suggests.

Sensory issues, such as hypersensitivity to noise or an impulse to touch certain textures, are common in autism, affecting 69 to 95 percent of autistic people. Yet the factors underlying these traits are still poorly understood.

The new study reveals specific kinds of sensory alterations that occur in people with autism and begins to disentangle the roles that genes and environment may play in how these traits manifest.

“It [gives] us a clue of where to look,” says lead investigator Janina Neufeld, assistant professor of women’s and children’s health at the Karolinska Institutet in Stockholm, Sweden. “It tells us maybe it’s worthwhile to look more into the genes of sensory sensitivity.”

Altered sensory processing affects some autistic people on a daily basis, says David Simmons, lecturer in psychology at the University of Glasgow in Scotland, who was not involved in the study. “It can be really disabling in some cases.”

The new work paves the way for identifying stimuli that autistic people may be particularly sensitive to, Simmons says. It also helps researchers and clinicians understand what treatment can and cannot change about how people with autism process these cues.

To investigate how genes and environment influence sensory traits in autism, the team recruited 133 twin pairs — 83 identical and 50 non-identical — and one set of non-identical triplets from the ongoing Roots of Autism and ADHD Twin Study in Sweden. Among the 269 participants, 60 have autism; 84 have at least one other neurodevelopmental condition, such as attention deficit hyperactivity disorder; and 125 do not have any such diagnosis.

The participants filled out a questionnaire called the Adult/Adolescent Sensory Profile, which gauges how commonly participants notice, seek out, avoid or react to particular environmental cues such as noises, lights and smells. Parents rated their children’s autism traits using the Social Responsiveness Scale. And experienced clinicians assessed the participants as well, using two different diagnostic tools.

By contrast, autism traits are associated with hyperreactivity to environmental cues among non-identical twins, suggesting that this behavior is driven by differences in genetics.

Sensory issues are also common among the non-autistic participants with other neurodevelopmental conditions, the team found, but people with autism are uniquely prone to avoiding sensations. The study was published in March in Autism.

Although the study helps clarify how genes and environment could influence sensory differences, it leaves some questions unanswered, Neufeld says.

For example, the study found a negative association between autism traits and sensation-seeking behaviors — an unexpected result because it is well established that many people with autism engage in such behaviors, Simmons says.

This finding suggests that the sensory questionnaire the team used — which was not originally designed to examine sensory differences specifically in autism — does not capture the nuances of autism-related behaviors, he says.

“That’s really what makes you wonder whether that sensation-seeking quadrant is asking the right questions for an autistic population, because that just seems intuitively wrong,” Simmons says.

Another outstanding question is what kinds of genetic and environmental factors are driving these results, says Teresa Tavassoli, associate professor of psychology at the University of Reading in the United Kingdom, who was not involved in the study.

Neufeld says she and her colleagues plan to collaborate with geneticists to try to zoom in on particular genes that may drive hyperreactivity in autism. They would also like to learn more about what environments elicit aversive behaviors and make it difficult for people with autism to function, she says, particularly in settings such as schools.

“We should look into this kind of sensation-avoiding behavior and find out more,” she says. “What is it exactly that [autistic] people avoid and what they would want us to do, for instance, to work in school environments to avoid that they get these reactions.”