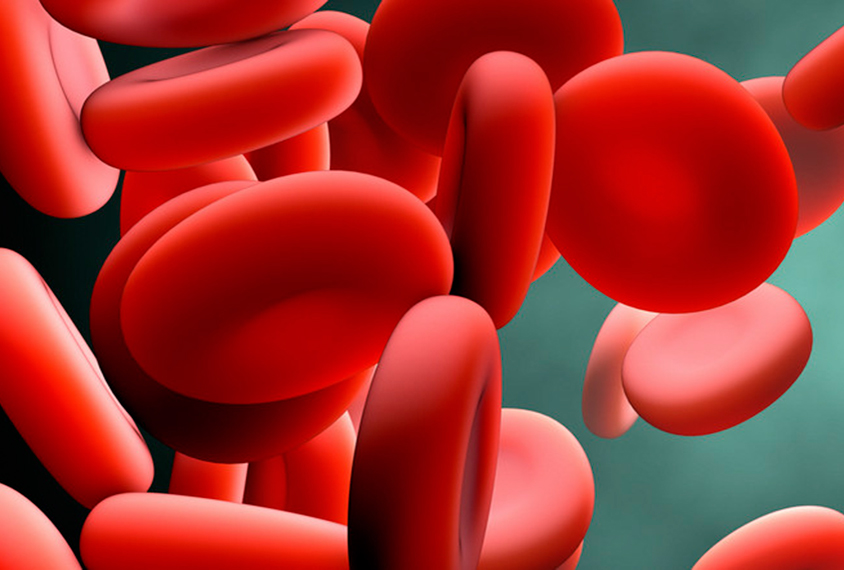 Extra copies of a gene called BOLA2 predispose people to autism and may protect against iron deficiency, according to a new study1.

Repeats of the gene make people susceptible to deletion or duplication of a region on chromosome 16 that is tied to autism. The benefit of anemia prevention may explain why the repeats evolved despite their potential harm.

The rearrangement “is highly compensated by an adaptation,” says co-lead researcher Alexandre Reymond, director of the Center for Integrative Genomics at the Université de Lausanne in Switzerland.

The extra copies are unique to humans, who typically have six. Our closest ancestors — Neanderthals, Denisovans and chimpanzees — each have only two, suggesting that the repeats confer an important evolutionary advantage. What that advantage is, however, has been a mystery.

One clue lies in the gene’s function: BOLA2 helps proteins capture iron. Having fewer repeats is associated with anemia, the researchers found.

“It’s very interesting,” says Emily Casanova, research assistant professor of biomedical sciences at the University of South Carolina in Greenville, who was not involved in the study. “My only question is why BOLA2 duplications would have been selected for. What might have been some of the driving factors?”

BOLA2 repeats flank a stretch of chromosome 16 called 16p11.2, a hotspot for deletions and duplications that can lead to autism. As eggs and sperm form, the BOLA2 repeats cause DNA to break and rejoin in unusual ways in the 16p11.2 region.

Reymond and his colleagues counted BOLA2 repeats in 130 people who have a deletion of 16p11.2 and in the genetic sequences of 635 controls from two data repositories.

They found that 16p11.2 deletion carriers tend to have fewer BOLA2 repeats than controls do: four as opposed to the usual six. The findings suggest that some BOLA2 copies are lost when deletions in 16p11.2 form.

Because BOLA2 helps proteins latch onto iron, the researchers wondered whether too little of it has consequences for red blood cells; iron is crucial for the cells to transport oxygen.

The researchers analyzed blood samples and medical information from 83 deletion carriers. They found that 8 of the 15 people with only three BOLA2 repeats have signs of anemia, compared with 5 of 68 who have four or more repeats.

The researchers found a similar pattern when they examined genetic and medical information for 379,474 people in the UK Biobank. They found anemia in 20 percent of people with a 16p11.2 deletion, compared with 5 percent of controls. (Anemia’s prevalence in people with a duplication is no different than in controls.)

Mice missing a copy of 16p11.2 also have low iron levels, and their red blood cells show signs of mild anemia, the team found. Two strains of mice that lack one or both of their copies of BOLA2 show similar traits. The findings were published 7 November in the American Journal of Human Genetics.

The results jibe with those from a March study, in which researchers found an increased risk of anemia in people with a 16p11.2 deletion2.

“The link of the BOLA2 copy number to anemia is quite strong,” says Bernard Crespi, professor of evolutionary biology at Simon Fraser University in Vancouver, Canada, who was not involved in the study. “Why humans evolved a higher number of BOLA2 genes, that’s the hard question.”

The factors that selected for extra BOLA2 copies remain a mystery. Having extra BOLA2 might have been beneficial as early humans shifted away from a diet based on red meat to one that is less rich in iron, Reymond says. Or perhaps the repeats arose because they protect people from infections, he says: Many pathogens depend on iron they scavenge from their hosts, and BOLA2 might interfere with that process.