Gene expression in neurons may not match number of copies 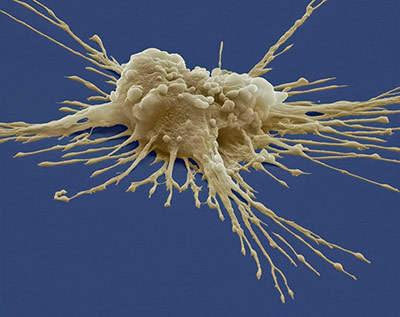 Growing dysfunction: Stem cells derived from individuals with duplications of the 15q11-13 chromosomal region show predictable gene expression patterns, but neurons made from these stem cells do not.

Neurons derived from individuals who carry extra copies of an autism-linked chromosomal region have gene expression patterns that are unexpectedly similar to those of neurons with deletions of the region. The unpublished findings were presented Thursday at the Dup15q Alliance Scientific Meeting in Sacramento, California.

The study design allowed the researchers to isolate maternal and paternal copies and evaluate their effects on gene expression, says lead investigator Stormy Chamberlain, assistant professor of genetics and developmental biology at the University of Connecticut in Farmington, who presented the work at the conference.

Duplications of the 15q11-13 region are linked to seizures, sleep problems and often autism. They can be either isodicentric, in which two extra copies of the region fuse together to form a separate chromosome, or interstitial, in which one extra copy is integrated into chromosome 15.

In the iPS cells made from the individuals with different types of duplications, genes in the 15q11-13 region “pretty much behave how you would expect based on copy number,” says Chamberlain.

But once the iPS cells are differentiated into neurons, the picture becomes more complex. Expression of several genes, such as CYFIP1, HERC2 and ATP10A, does not match up with the number of copies of these genes in each cell.

“It really shows the complexity of this locus,” or region of the genome, says Janine LaSalle, professor of medical microbiology and immunology at the University of California, Davis, who was not involved in the work.

LaSalle has similarly found unpredictable expression of genes in postmortem brain tissue from two people with 15q duplications in this region. Without the right number of gene copies, she says, “the chromosomes are confused.”

The differences between iPS cells and neurons in Chamberlain’s study suggest a developmental progression, LaSalle says, with gene expression becoming more dysregulated and abnormal over time.

Chamberlain and her team also compared gene expression across the genome in neurons derived from people with either duplications of 15q or Angelman syndrome. Because Angelman syndrome is caused by a deletion of the region, “We naively expected they would be the opposite,” Chamberlain says.

But in fact, the team found remarkably similar patterns. In particular, many genes involved in neuronal differentiation are dampened in both sets of neurons.

“There’s not necessarily a reason a priori to believe that too much or too little of a gene will do opposite things,” says Benjamin Philpot, associate professor of cell biology and physiology at the University of North Carolina, Chapel Hill, who was not involved in the work. “I’m not troubled by that at all.”

Philpot is investigating the possibility of using a drug called topotecan to unsilence the paternal copy of UBE3A, a gene in the 15q11-13 region, in Angelman syndrome neurons. Mutations in UBE3A alone are sufficient to cause Angelman syndrome, and many researchers believe UBE3A also plays the major role in causing autism symptoms in people with the duplications.

Following this line of reasoning, Chamberlain and her colleagues dosed 15q duplication neurons with another drug, mithramycin, to turn down expression of UBE3A in these neurons. (Intriguingly, mithramycin and topotecan are both cancer drugs.)

Mithramycin does lower UBE3A expression, the researchers found. But it also decreases expression of several other genes in the 15q11-13 region, including GABRB3, which encodes an important brain signaling receptor. “I think that probably dooms it as a therapeutic,” Chamberlain says.

Philpot suggests that screening a large number of drugs might turn up another one that could tamp down UBE3A activity more specifically. After all, that is how he and his team identified topotecan, and they are now screening more molecules. In principle, the same process could be used for 15q duplications. “We wouldn’t have to reinvent the wheel,” he says.