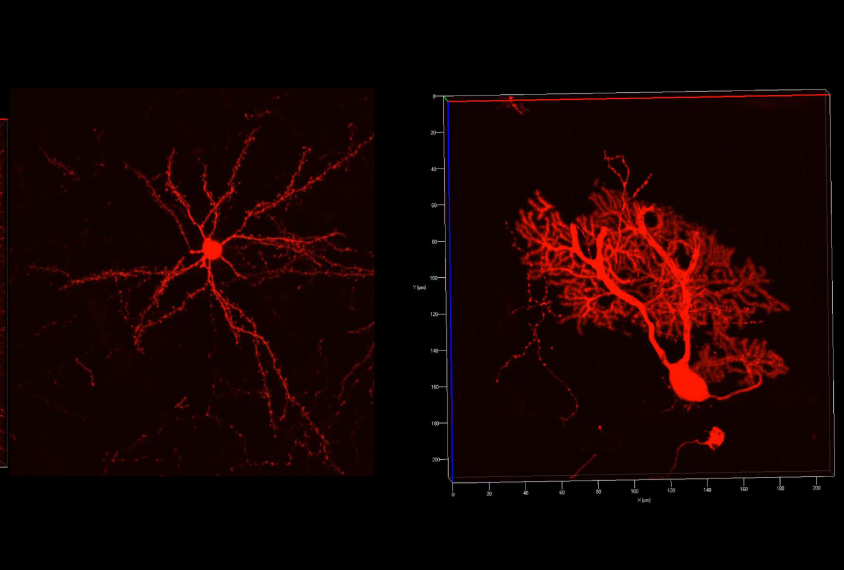 Red alert: A system for editing the genome of mouse neurons can be adapted for different cell types.

Researchers have used the gene-editing technique CRISPR to delete a segment of DNA associated with autism and schizophrenia from mouse brain cells.

The technique has only proven effective in mice so far but may eventually be suitable for treating brain conditions in people, says Xiao-hong Lu, assistant professor of pharmacology and neuroscience at Louisiana State University Health in Shreveport.

Unlike techniques used to manipulate DNA in the mouse brain, CRISPR can be applied to people. He says, “We need a tool to help us to carry the genetic elements into the [human] brain.”

Lu presented the unpublished work yesterday at the 2019 Society for Neuroscience annual meeting in Chicago, Illinois.

The team used a virus to ferry the CRISPR-CAS9 system into the mouse brain.

They first showed the technology could turn on expression of a fluorescent red protein in the brains of mice engineered to express this protein: The virus causes brain cells to glow red with an intensity that depends on the dose of the virus.

The system can either target the whole brain or be adapted to specific cell types. So far it has homed in on certain cells in the mouse striatum. In people, these cells are thought to be involved in Parkinson’s disease.

The researchers created a mouse with multiple copies of VIPR2, a key gene in a DNA segment on chromosome 7 called 7q36.3 that is implicated in both autism and schizophrenia1. The mice show cognitive and social problems as well as abnormalities in the striatum, a brain region implicated in autism.

The researchers are investigating whether the genome editing normalizes the behavior of the mice.