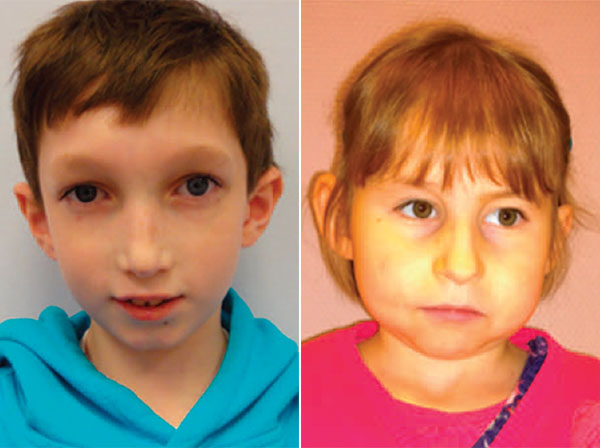 Mutations in the gene DYRK1A underlie a unique form of autism in which individuals have unusually small heads. The work, described 24 February in Molecular Psychiatry, expands the breadth of symptoms associated with the disorder, which is more commonly linked to a large head1. It also provides clear clinical markers for this specific genetic cause.

“At the end of the day, there will be hundreds of autisms, both genetically and clinically,” says lead researcher Evan Eichler, professor of genome sciences at the University of Washington in Seattle.

DYRK1A, which resides on chromosome 21, is best known as a gene that is duplicated in Down syndrome. Mutations in the gene lead to intellectual disability.

But DYRK1A is also emerging as a top autism gene. Last year, two massive sequencing studies found recurrent harmful DYRK1A mutations in people with autism, placing it on a short list of ‘high-confidence’ autism genes. The new study details the unique symptoms associated with DYRK1A mutations, which go beyond the classic autism label.

“We think that it’s going to be very common that the same single genes will be seen in what has historically been viewed as different clinical and diagnostic buckets,” says David Ledbetter, chief scientific officer at Geisinger Health System in Danville, Pennsylvania, who was not involved with the new study.

To better understand the effects specific to DYRK1A mutations, Eichler and his team sequenced the gene in 7,162 people diagnosed with autism, intellectual disability or developmental delay. They found seven people with mutations that would abolish function of the DYRK1A protein and an eighth person with one of these mutations from a separate sequencing study of 20 people with small heads.

The researchers also reviewed the medical records of seven previously known individuals with harmful DYRK1A alterations. They found that all 15 individuals have mild-to-severe intellectual disability. In the eight individuals whom Eichler’s team examined for clinical signs of autism, seven have the disorder.

People with DYRK1A mutations also have notable physical features, such as a prominent nose and a small chin. Most conspicuously, all 15 of the individuals in the study have small heads, or microcephaly; some of the cases are so severe that the children had to have teeth removed to accommodate their narrow jaws.

In stark contrast, mutations in other top autism genes, such as CHD8 and PTEN, lead to an enlarged head.

Distinctive physical features may point researchers to the underlying mutation in children with autism, aiding diagnosis. “What’s so nice about head size is that all pediatricians and nurse practitioners get this information and it’s easy to collect, so it becomes a really easy informative marker,” says Raphael Bernier, associate professor of psychiatry at the University of Washington in Seattle, who examined some of the study participants.

Dental records might also help researchers diagnose these children, notes Eichler, which shows the importance of building a full clinical picture of each child.

Identifying genetic causes is critical to tailoring treatments to the child. Treatments that help some subgroups of children with autism could actually be harmful to others, says Thomas Frazier, director of the Cleveland Clinic’s Center for Autism, who was not involved in the study.

Designing a treatment for each genetic mishap is a tall task, however, given the miniscule number of children affected, says Frazier. “Maybe we can find other mutations that are similar enough to each other that we can lump some of those kids together.”

As researchers characterize more autism mutations, they will begin to identify these larger subgroups. “By no means do I think DYRK1A will be the last one. I think there will be dozens of new forms of autism that will be clarified by this approach,” says Eichler.