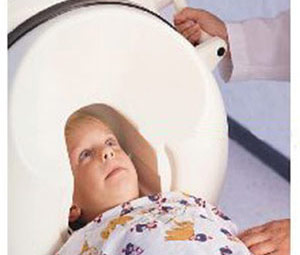 A new initiative launched in February by the National Institute of Mental Health (NIMH) aims to redefine clinical trials for autism by funding short, biomarker-based studies that will allow investigators to quickly rule out ineffective compounds.

NIMH plans to award a single contract of up to $9 million, to be announced in September, for a so-called ‘fast-fail’ clinical trial effort for autism spectrum disorders. (Similar grants for schizophrenia and mood and anxiety disorders are also in process.) The contract will be “more like an industry-run trial than a typical NIH research grant,” says NIMH director Thomas Insel, with clear milestones and progress reports.

More than 95 percent of clinical trials for neuropsychiatric disorders fail in the later stages of drug development, after researchers have invested considerable time and money. What’s worse, says Insel, is that those failures are not informative — they rarely reveal whether the experimental compound engages the intended target. “All we know is that something hasn’t worked,” he says.

That’s because for most trials in the NIMH portfolio, including those for autism spectrum disorders, the protein or biological process that the treatment targets is unknown.

The fast-fail approach aims to tie prospective therapies to underlying disease mechanisms from the very start. The idea is to fund small, early-stage clinical studies that include a clearly defined biological readout of whether a compound has hit its intended target. Molecules that miss their mark would be discarded without expending any further resources, saving the resources to test other promising candidates.

“It’s just as important to kill off compounds as to go forward” with them, says Eric Hollander, professor of psychiatry and behavioral sciences at the Albert Einstein College of Medicine in New York.

Hollander submitted a proposal this spring to the fast-fail program, proposing to group patients based on specific copy number variations (CNVs), which are deletions or duplications of stretches of DNA. His team plans to then treat these groups of individuals with seven new or repurposed compounds that target the molecular pathways linked to the CNVs.

By using biomarkers — such as positron emission tomography (PET) signals, changes in gene expression or recognition of emotions in facial expressions — that can quickly gauge whether the right pathway is being engaged and whether the treatment is working, they hope each compound will yield a yay or nay within 12 to 18 months.

NIMH adapted the concept of fast-fail trials from pharma, where the approach has gained traction over the past few years as a way to boost floundering clinical programs and cut costs. Its relevance for diseases like autism extends from another NIMH initiative, called the Research Domain Criteria project. This project aims to understand neuropsychiatric diseases by symptoms — irritability or social disengagement, for example — that might cut across different disorders, rather than by clinical classification.

“There’s been a gap in developing treatments based on our understanding of the basic neuroscience of the illness as it relates to these symptom domains,” says Hollander.

Researchers say that money poured into basic research in autism over the past decade has borne enough fruit for this mechanistic approach to drug discovery to work.

“Now we have really good molecular studies that we didn’t have ten years ago,” says Randi Hagerman, medical director of the MIND Institute at the University of California, Davis, and a co-investigator on Hollander’s fast-fail proposal.

The fast-fail strategy relies, however, on detecting effects within days or weeks, rather than months, well before one might expect to see any improvement in social engagement or repetitive behaviors. To avoid ruling out drugs prematurely, “you do have to have a high-fidelity readout,” Insel says.

In the autism field, he says, more work is needed to find and validate biomarkers predictive of clinical response. But some measures, such as eye tracking and magentoencephalography are becoming available for this purpose.

As part of the contract, NIMH gives the grantee funds to establish and lead a network of clinical trial sites from which the project can draw participants. This aspect is particularly valuable, say researchers.

Studies enrolling a subset of individuals with a disorder — those who have a particular mutation, for example — may not be able to recruit enough participants through a single institution, and bringing on additional study sites is time-consuming, notes Diane Chugani, professor of pediatrics and radiology at Wayne State University School of Medicine in Detroit. By starting out with a network, “you can save a year or two,” she says.

Part of Hollander’s proposal, for example, is to establish a clinical trials network that would include seven clinical sites — six in the U.S. and one in Australia — and one U.S. site with the ability to do PET imaging.

In the long run, linking prospective drugs to molecular mechanisms will also have an add-on benefit, says Insel. “Once we have good biomarkers, once we have mechanisms of action, once it’s clear what we’re going after,” he says, “I think we’re going to see much greater interest from other partners, like industry.”