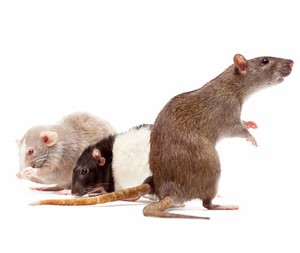 Lend an ear: Rats lacking FMR1 have profound trouble discriminating between similar-sounding words, such as ‘dad’ and ‘sad.’

Rats lacking FMR1, the gene mutated in individuals with fragile X syndrome, do not learn to discriminate between human speech sounds like control rats do, according to research presented Monday evening at the 2012 Society for Neuroscience annual meeting in New Orleans.

At the same meeting one year ago, St. Louis-based Sigma Advanced Genetic Engineering (SAGE) Labs debuted the first seven rat models of autism. Rats are attractive models for neuroscience research because they can learn sophisticated behaviors. By comparison, mice are downright dimwits.

“The real hallmark of rats is their ability to stay focused on more complex tasks,” says lead investigator Michael Kilgard, professor of neuroscience at the University of Texas at Dallas. “We think we’re going to be able to demonstrate that they really are an invaluable tool for studying developmental disorders.”

People with autism and a variety of related syndromes, including fragile X, report extreme sensitivity to light, sound and touch. They also seem to show defects in the sensory cortex, which processes these signals from the outside world.

For example, a functional magnetic resonance imaging study published in September showed that adults with autism have noisy brain signals in cortical regions.

That fits with earlier studies using electroencephalography (EEG), which measures brain waves through non-invasive scalp electrodes. EEG studies of children who have fragile X syndrome or classic autism have found that, when hearing sounds, their brain waves have a different shape than those of controls1.

“The pattern of activity is quite dramatically abnormal,” Kilgard says. “But what does that really mean in terms of the function of FMR1?”

In the test the researchers used, they teach rats that after hearing a certain word, such as ‘dad,’ the rats can press a lever and get a sweet reward. The rats also learn that if they press the lever after a similar-sounding word, such as ‘sad,’ they will have to wait before getting another opportunity for a treat.

“They’re a joy to work with,” Kilgard says. He says this could be because they’re less anxious around the apparatus. But the behavior is somewhat puzzling because children with the syndrome usually have intellectual disability and high anxiety.

The FMR1 rats have profound trouble, however, discriminating between similar-sounding words such as ‘Dad’ and ‘sad.’ With one day of extra learning, though, they catch on.

This could be akin to children with autism who can learn a specific task well, but have trouble switching to something slightly different, Kilgard says.

In another experiment, the researchers anesthetized rats and recorded electrical waves emitted from hundreds of individual neurons during word processing. In the primary auditory cortex, where the first stage of sound processing takes place, the brain waves of the FMR1 mutants look identical to those of controls, the study found.

However, in the ventral auditory field, which handles later stages of sound processing, the control rats show robust activity and the mutant rats show almost none.

“We have a long way to go to really understand how perception works,” Kilgard says. “But having a genetic control in the rat allows you to do a whole host of experiments that would only be dreamable in a mouse.”