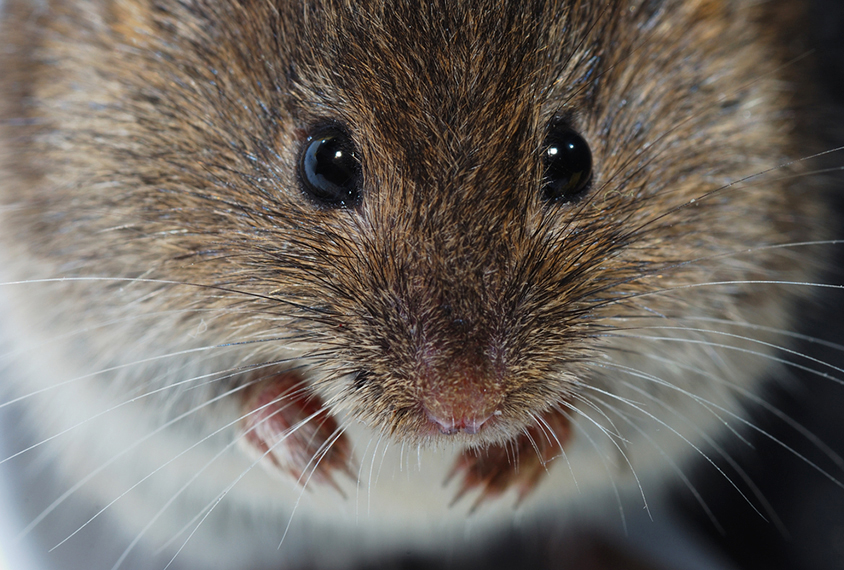 Hair trigger: Neurons that respond to whisker movement are no more excitable in autism mice than in controls.

An analysis of four mouse models negates certain assumptions underlying the ‘signaling imbalance theory,’ a popular hypothesis about autism’s origins in the brain1. The findings suggest that the imbalance is a compensatory response to other problems in the brain, rather than the underlying cause of autism.

The signaling imbalance theory holds that the brains of autistic people have too much excitatory brain activity and not enough inhibitory signals to counteract it. This imbalance then causes neurons to fire too often, the theory goes, and contributes to motor problems, sensory hypersensitivity and other autism traits.

This hypothesis, first suggested in 2003, is so popular that it is often cited as fact.

The new study questions its underlying assumptions, however. The researchers did find a skewed signaling balance but not the unusually high rate of neuronal firing, or ‘spikes.’

“It’s not as straightforward as the classic hypothesis is worded,” says study leader Dan Feldman, professor of neurobiology at the University of California, Berkeley. “The [signals] are changing in a way that stabilizes brain function rather than creates excess spikes.”

Feldman’s team found this pattern in four popular models of autism: mice lacking the genes CNTNAP2 or FMR1, or missing one copy TSC2 or a region of chromosome 16 called 16p11.2.

“Having the multiple models is really a strength,” says Audrey Brumback, assistant professor of neurology and pediatrics at the University of Texas at Austin, who was not involved in the work. “This is pretty rare to have so many models studied in such detail in a systematic fashion.”

Feldman’s team stimulated neurons in brain slices from a region that processes information from mouse whiskers. They recorded excitatory and inhibitory currents traveling from those neurons to other neurons in the tissue.

The autism mice all have weaker inhibitory currents than controls do; some of the models also show weaker excitation, but this difference is less striking. The upshot, across the models, is an increase in the ratio of excitation to inhibition.

So far, the results validated the theory: “I thought this was great,” Feldman says. “I thought we were going to completely validate this hypothesis.”

The researchers then recorded how often the recipient neurons spike. The signaling imbalance theory predicts that those neurons should fire more often than in controls.

They found that the firing rates are the same as in controls.

“That was a total surprise,” says Michelle Antoine, a postdoctoral researcher in Feldman’s lab. The study appeared 21 January in Neuron.

The team confirmed their results by measuring neuronal activity in living CNTNAP2, FMR1 and 16p11.2 mice in response to movements of the whiskers. Again they found no excess firing in the whisker region of the brain.

Puzzled by their findings, Feldman’s team probed further, running the excitatory and inhibitory currents through standard equations that model nerve-cell physiology. They found that the difference in the signals in the autism brains is of a type that stabilizes neurons’ firing rates rather than increasing them. This stabilizing effect is suggestive of a compensatory response, Feldman says.

“We know that there are built-in compensatory mechanisms in the brain,” he says.

This also suggests that the signaling imbalance is a consequence of whatever brain changes lead to autism rather than a cause of the condition, and that it may in fact improve brain function rather than worsen it.

Scientists are testing drugs thought to boost inhibition and normalize the signaling balance in the brains of autistic people. But if the imbalance is not an underlying cause of the condition, these drugs may have little value, says Meng-Chuan Lai, assistant professor of psychiatry at the University of Toronto in Canada, who was not involved in the work.

The new results raise the question: “Are these medications going to work as we expected?” Lai says.

The study looked at only one region, so the findings need to be validated elsewhere in the brain. The signaling imbalance may also have ripple effects that then lead to autism features. Sorting out these mysteries is next, Feldman says.