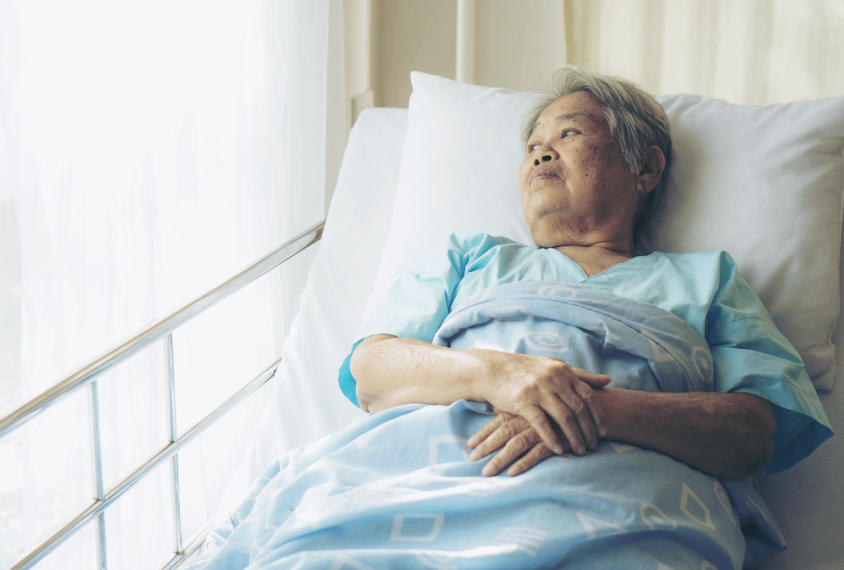 At risk: Autistic women are nearly twice as likely as autistic men to die in the hospital.

Adults with autism are nearly 50 percent more likely to die in the hospital than their neurotypical peers, according to the first analysis of these patterns, based on discharge records from hospitals in the United States1.

The risk is even greater for autistic women; they are more than three times as likely as typical women to die in the hospital.

Several studies have shown that people with autism are more than twice as likely as their typical peers to die prematurely. Autistic adults are also at increased risk of health conditions such as diabetes and depression. The new study extends these findings to hospital settings.

Hospital records include valuable information, such as the circumstances under which a person was admitted to the hospital and the health conditions she may have been facing at the time of death, says lead researcher Ilhom Akobirshoev, research scientist at the Lurie Institute for Disability Policy at Brandeis University in Waltham, Massachusetts.

The new study also highlights the co-occurring conditions most likely to increase an autistic person’s risk of death in a hospital.

These high death rates may be due to the poor care autistic people tend to receive at hospitals, says Lauren Bishop, assistant professor of social work at the University of Wisconsin-Madison, who was not involved in the study.

“In-hospital mortality can be a measure of care quality or it can be a measure of care complexity,” that is, how hard it is to treat a particular person’s mix of conditions, Bishop says. The researchers controlled for co-occurring conditions, so the new findings indicate that, regardless of the specific conditions involved, “autistic adults are receiving lower-quality care in hospital settings, which may be leading to their mortality,” she says.

The findings should spur healthcare providers to improve care for people with autism, says Christina Nicolaidis, professor of social work at Portland State University in Oregon, who was not involved in the study. “We do know that there are basic things we can do to improve healthcare; we need to actually do them and study [them to] see if they work.”

The researchers analyzed a large set of discharge records, which are part of the Healthcare Cost and Utilization Project Nationwide Inpatient Sample, for the years 2004 to 2014. The researchers compared the records of 34,237 autistic people with those of 102,711 controls.

Their analysis showed that adults with autism are 1.44 times as likely to die in the hospital as are those in the general population.

“We [found] unique differences within the autism population,” says Akobirshoev. “There’s these huge within-group differences; to me, it was striking.”

Because autism is often overlooked in women, Bishop says, the women who have a diagnosis tend to be more severely affected than autistic men. The severity may contribute to their high rates of death, she says.

A host of co-occurring conditions increase autistic individuals’ risk of dying in a hospital, the researchers found.

However, although previous work shows that having epilepsy increases an autistic individual’s risk of dying prematurely, the new study did not find a link between epilepsy and death in the hospital. Researchers reported the results 12 June in Autism.

One shortcoming of the study is that hospital records may be incomplete, so the risk results for specific conditions should be considered preliminary, the researchers say.

In particular, hospital death records may omit contributing factors from the weeks, months and years before a person was admitted and died, says Monika Mitra, director of the Lurie Institute for Disability Policy in Waltham, Massachusetts who also worked on the study. By following individuals over time, she says, the researchers might be able to identify some of these factors.