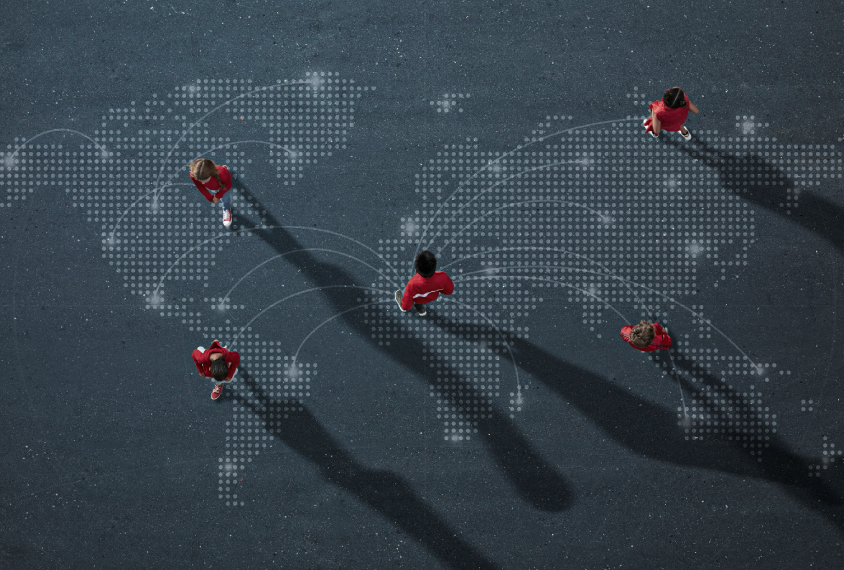 The guidance is part of a set of suggestions for the field to improve autistic people’s medical care and clinical research on the condition. Other recommendations include a shift toward personalized medicine; adapting services for low- and middle-income countries; and prioritizing funding for research projects that can immediately enhance the lives of autistic people.

The team decided to focus on improvements that could be implemented in the next five years rather than longer-term goals, says Catherine Lord, distinguished professor of psychiatry and education at the University of California, Los Angeles, who co-led the group, which was convened by the editors of The Lancet. That meant turning away from basic science research, such as identifying biomarkers or developing treatments that are gene-specific.

“The question is not, ‘Should we stop doing that?’ — which absolutely we should not stop doing that,” Lord says. “It’s, ‘What do we do in the meantime?’”

The Lancet commission on autism also decided to make recommendations that could be adapted in any country, regardless of resource level, members of the commission say.

The group of 32 representatives from 10 countries first met at the 2019 International Society for Autism Research annual meeting in Montreal, Canada, followed by gatherings at the University of California, Los Angeles, in late 2019 and at the journal’s London office in February 2020, just before the start of the pandemic. (Two members of the commission, Paul Wang and Alison Holbrook, are employed by the Simons Foundation, Spectrum’s parent organization.)

Their report, to be launched at a virtual event on Tuesday, serves as an important reference for autism researchers, says Sven Bölte, professor of child and adolescent psychiatric science at the Karolinska Institutet in Stockholm, Sweden, who was not part of the commission.

Researchers have information about how to improve the lives of people with autism around the world but haven’t done a good job of using it, says Tony Charman, chair of clinical child psychology at King’s College London in the United Kingdom, who co-led the group.

“The idea is the commission is a call to action,” he says.

The report formally introduces the term ‘profound autism’ to refer to autistic people with severe intellectual disability, limited communication abilities or both. The term should not be used for children younger than about 8 years old, and it may be more appropriate for adolescents and adults, the report notes.

“The main purpose was to call attention to the fact that these kids and adults exist, and that they do need different services,” Lord says. “And that we can predict who they will be, not at age 2 but by age 8 or 9, and we need to plan for them.”

Profound autism may comprise anywhere from 18 to 48 percent of autistic people, according to the commission’s analysis of three datasets: the Norwegian Mother, Father and Child Cohort, the U.K.-based Special Needs and Autism Project, and the U.S.-based Early Diagnosis Study. In the U.S. group, 15 of the 18 adolescents who fit the criteria for profound autism at age 12 still did at age 23; 9 lived in residential homes and 6 lived at home with “high levels of support.”

The term is a welcome introduction, says Bölte, who has worked to define autism functioning categories for the World Health Organization’s International Classification of Functioning, Disability and Health. It should also help researchers clarify who is participating in their studies, he says.

“Autism is a huge spectrum, and you can have people with very, very high clinical demands and services,” Bölte says. “They need very comprehensive clinical attention.”

But the designation conflicts with emphasis elsewhere in the report on providing personalized care, says Kelly Israel, a policy analyst at the Autistic Self Advocacy Network, who was not involved with the commission.

“That [term] seems like it’s trying to put people in a box,” Israel says. “They’re essentially undermining their own point.”

To improve care, each country also needs, at a minimum, to track the prevalence of autism in its population and to provide services that take into consideration people’s strengths and weaknesses, co-occurring conditions and trait severity.

“Only when you know how many people have a particular condition can you put in place within your systems things that will cater to those individuals’ different needs,” Charman says.

To that end, more research is needed on how much therapy is effective, at what age and for whom, the commission notes.

“Those questions, despite the amount of activity in trial intervention research over the past 20 years, have not been answered well enough,” Charman says.

Researchers should “move on” from basic case-control intervention studies, the report says, and instead test the relative effectiveness of different types, durations and intensities of interventions. Randomized trials need to include long-term follow-up; nations should collaborate to build studies that have the scale to account for individual variation among autistic people; and trials and outcome measures should be designed in collaboration with autistic people and their caregivers.

“They are completely right that the evidence base is a mess,” Israel says. “There needs to be more research on which services and supports work best for which autistic people. There desperately needs to be that.”

More guidance from the report on how to define treatment outcomes, and working toward those that autistic people want, could have been helpful, both Bölte and Israel say.

The recommendation to put additional funding toward clinical studies should help lower-income countries in particular, says commission member Gauri Divan, director of the child development group at the nonprofit Sangath in Goa, India.

“There are families and children right now who need help,” she says. “We need support for scaling up, for implementation, and I think there is capacity now to do this.”

The commission endorses a treatment approach called “stepped care,” which starts families with the least cost-intensive appropriate treatment option and funnels children into more intensive services only as necessary. The approach needs to be used in culturally appropriate ways and can be adapted depending on a country’s available resources, the report notes.

The treatment process should also consider individual preferences or, in the case of young children, those of their caretakers, as well as the time and resources available to the family at home.

“That’s very far from the biology, but it is a huge factor in what actually happens to autistic kids and adults,” Lord says.

The commission’s recommendation to focus on an individual’s needs, rather than her diagnosis, will help sidestep delayed or inaccurate diagnoses in countries that lack specialists or culturally appropriate screening tools, says Angelina Kakooza Mwesige, associate professor of pediatrics and child health at Makerere University in Kampala, Uganda. And the suggestion of training caregivers will also help increase access to services, she says.

Also useful in countries lacking resources is the list of evidence-backed interventions the report highlights, along with unproven and potentially harmful ‘therapies,’ Divan says.

“These treatments have been called out, which I think is really important,” Divan says. “At least now, one can very clearly say — when a parent comes to you or a family comes to you — ‘Look, the commission says this is harmful.’”

Lancet commissions are generally not reconvened, but Charman says he hopes the report will draw attention to the need to allow individuals to make informed choices about their care and help create an environment where more of those choices are available for them.

“You don’t get Lancet commissions coming along every year,” Charman says. “It’s an opportunity that we want to make the most of.”