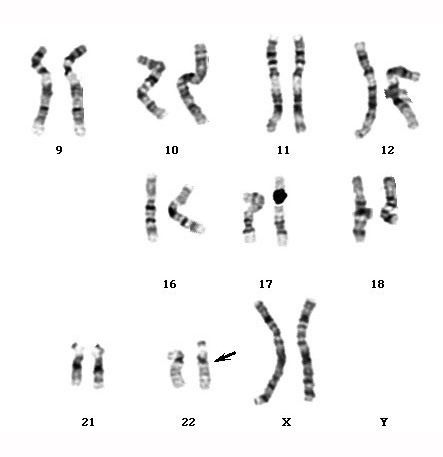 Late in the afternoon last Thursday, in a stately wood-paneled room of the New York Academy of Medicine, five researchers for the first time shared notes on a project they had each been tackling for years: creating mice lacking the SHANK3 gene.

SHANK3, located on the tip of chromosome 22, is among the most promising candidate genes for autism, and is found in an estimated one percent of individuals with the disorder. It makes a protein that is critical to the smooth workings of the synapse, the junction between neurons.

It is also part of a segment that, when deleted, causes Phelan-McDermid syndrome, a disorder characterized by severe intellectual disability, delayed speech and, usually, autism.

In December, Joseph Buxbaum published the first description of a SHANK3 mutant mouse. But his results were surprising: the mouse has only mild social impairments and does not show any of the cognitive impairments seen in people with the deletion.

During their lively discussion, the mouse engineers confirmed what they had individually suspected. The typical strategy for deleting a gene — disrupting the front end of its code — is not sufficient to turn off SHANK3, and could account for Buxbaum’s results.

“They realized that they were all having the same problem,” moderator James Pickel, director of the transgenic core facility of the National Institute of Mental Health, told SFARI.org on Friday. “It was a big breakthrough.”

The revelation might never have happened if it were not for the First International Phelan-McDermid Syndrome Symposium, an intimate two-day meeting of about 60 researchers and 40 patient advocates. The organizers aimed to foster science, and to support it — not just by writing checks, but by forging productive relationships with regulators and pharmaceutical companies.

“That’s the cool thing about this conference — these groups, you see them all huddling together now, talking about what they’ve done,” Pickel says.

The researchers weren’t the only ones eager to share. One mother stood up and announced, for example, that a part of her son’s right temporal lobe has been sitting in a Chicago hospital for 15 years, waiting to be analyzed by any interested scientist. A researcher rushed over to her at the very next coffee break.

Over the course of the meeting, several researchers gave meaty scientific updates of work related to the syndrome. Ozlem Bozdagi Gunal‘s team at the Mount Sinai School of Medicine in New York is systematically testing various classes of drugs that act on the synapse — such as growth factors — on Buxbaum’s SHANK3 mice.

In 2008, Mark Bear‘s group at the Massachusetts Institute of Technology showed that learning impairments in mouse models of fragile X — an autism spectrum disorder caused by disruption of the FMR1 gene — can be reversed by suppressing a receptor at the synapse.

As Bear told conference attendees on Friday, fragile X shares biological pathways with many other forms of autism and intellectual disability. “Treatments developed for one cause of autism, like fragile X, might be effective for others, like Phelan-McDermid,” Bear said.

Stanford University’s Ricardo Dolmetsch is making neurons out of reprogrammed skin cells from individuals with Phelan-McDermid syndrome. So far, he has analyzed data from seven cell lines from three individuals who have the syndrome. He has preliminary data showing that mature neurons from these individuals show several abnormalities compared with those from healthy controls, including a higher spontaneous firing rate.

Dolmetsch noted that two other groups had discussed similar work at the meeting. That redundancy of effort “doesn’t make any sense at all,” he said. He suggested that the groups begin sharing some of their cells.

Years in the making:

Not long ago, Phelan-McDermid syndrome was thought to be just another obscure genetic disease.

In 1992, Katy Phelan and Heather McDermid published a case study of a boy with developmental delays who carries a deletion on chromosomal region 22q131. Two years later, McDermid followed up with a landmark paper of seven children with the same deletion2.

“We had this one case, and then more [doctors] started calling us,” says Curtis Rogers, senior clinical geneticist at Greenwood Genetic Center in Greenville, South Carolina, who was involved with the initial work. “Suddenly we had five or six, and we’re wondering, ‘Gee, is this much more common than we thought?'”

The researchers organized a meeting of about 20 families in 1998, which has convened, mostly as a support group for families, every two years. In 2003, the group founded the Phelan-McDermid Syndrome Foundation. Now, with 600 members and counting — one-third of whom hail from outside the United States — the foundation is beginning a second phase of development more focused on research and on promoting awareness of the deletion among clinicians. Even today, many parents pointed out, most clinicians have never heard of the syndrome.

“Our real goal is translation,” said Susan Lomas, president of the foundation. “What is the fastest path to safe, effective treatment?”

Several speakers addressed the need to attract more researchers to the field and help them share their findings. For example, Chris Winrow, director of neuroscience at Merck Research Laboratories and the parent of a child with the syndrome, discussed smart strategies for accelerating drug development. Others focused on the best way to build a registry of patients’ clinical data and biological specimens.

The sessions made for an unusual mix of complicated science and policy brainstorming. If the parents in attendance felt any frustration with the complexity, they didn’t show it.

Nancy and Mike Gould have a 45-year-old son named Billy who was diagnosed with Phelan-McDermid syndrome six years ago. When Billy was a baby, doctors performed chromosomal tests but, because of the crude methods available then, did not find any irregularities. They told the Goulds that Billy’s severe intellectual disability and lack of language couldn’t be genetic, and that he could never be treated. He was excluded from school until he was 10.

“To finally find out what’s been going on with our son, it’s been wonderful,” Nancy said. “And then to see that there are such breakthroughs — it never occurred to us that there would be any kind of intervention.”

Deborah Rudacille contributed to the reporting of this article.