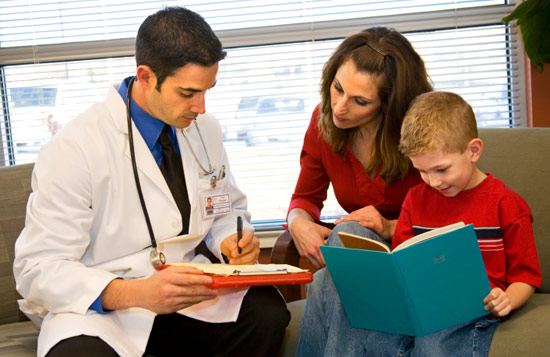 Big benefits: Curemark says its drug could help more than half of all children with autism, but some experts are skeptical.

A large clinical trial to test the first drug specifically designed to treat autism is under way at 12 sites across the United States.

Because of this conflicting evidence, as well as the mystery surrounding how CM-AT works, some autism experts are skeptical of Curemark’s claims. Seven independent scientists contacted for this article declined to comment on the trial, citing the dearth of published data and the controversial nature of the therapy’s premise.

Nevertheless, the U.S. Food and Drug Administration has approved the Phase III trial, intended to show that CM-AT improves both the core features of autism — communicative problems, social deficits and repetitive behaviors — as well as less common symptoms, such as digestive problems. Phase III trials are randomized and placebo-controlled, and are the final stage in the long road to regulatory approval.

Ten of the 12 trial sites have begun recruiting 3- to 8-year-old children with autism, and the company says it plans to enroll 170 children by July.

Only two drugs have been approved to treat irritability associated with autism: risperidone and aripiprazole, antipsychotic medications that affect brain signaling by binding to various neurotransmitter receptors.

“But they aren’t for core symptoms of autism,” notes Gene Arnold, professor emeritus of psychiatry at Ohio State University, and lead principal investigator of the Curemark trial. “We’re hoping that [CM-AT] will actually improve the core symptoms — the social impairment, communication impairment and the repetitive stereotyped behavior and patterns of interest.”

Risperidone and aripiprazole also come with serious side effects, including jerky movements, nausea and sleeplessness.

Curemark has unpublished preliminary data from more than 350 children that show CM-AT’s efficacy, with no observed adverse effects, Fallon says. She estimates that more than half of all children with autism could benefit from this therapy.

The company is in talks with several large pharmaceutical companies about licensing or other shared arrangements, Fallon adds. “There’s lots of interest in us and [in] this indication,” she says.

Autism experts not involved with the trial have mixed feelings about its merit. They are concerned about giving undue attention to a drug that lacks published data supporting its effectiveness. At the same time, these experts are pleased that an alternative treatment is being subjected to a rigorous study design.

Because parents of children with autism often turn to untested special diets, “It is encouraging to see a hypothesis being tested concerning whether improved protein digestion would be beneficial”, says Ed Cook, professor of psychiatry at University of Illinois at Chicago.

Others agree with this view, noting that families and clinicians are frustrated by the dearth of effective and autism-specific therapies.

“I don’t think that the link between autism and GI problems is well understood or well characterized, and so to go from a tenuous at best relationship to a treatment seems a little premature,” says Patricia Manning-Courtney, medical director of the Kelly O’Leary Center for Autism Spectrum Disorders at Cincinnati Children’s Hospital. Manning-Courtney’s team has conducted several studies on autism and gut problems, none of which found a solid link.

“On the other hand, I’ve had many families say that they’re tired of hearing us tell them what doesn’t work,” she adds. “Traditional medicine doesn’t hold a lot of hope or promise right now, so I feel like families have no choice but to look at what [some people are] telling them has hope or promise, even if it’s not based in any well-accepted research.”

When she was working as a pediatric chiropractor in the late 1980s, Fallon made spinal adjustments to treat children with ear infections. She noticed that many of these children also had symptoms of autism and, even more strikingly, relied on diets consisting mostly of carbohydrates.

“Kids are picky eaters anyway, but these seemed to be so extreme to me, because they just seemed not to have any protein, or very little protein [in their diets],” she recalls. “And there were lots of these kids.”

This observation spurred Fallon to investigate a mechanism behind the link. In 1999, looking in stool samples of children with autism, she discovered a biomarker — chymotrypsin — that shows which children are able to digest proteins. Chymotrypsin is a digestive enzyme secreted by the pancreas; low levels of the enzyme indicate incomplete digestion.

Fallon then worked on developing a substance to aid digestion in the subset of children who needed it, she says. This research is also unpublished.

In 2004, with money from private investors, Fallon founded Curemark to develop the drug. She has received several patents for both measuring and administering digestive enzymes to treat children with autism and related disorders.

In 2005, Fallon published a paper suggesting that common antibiotics — widely prescribed to treat ear infections — could irritate children’s intestinal lining, potentially leading to gut problems and autism3. She says that this was an observational study that is “not germane” to CM-AT, however. “The etiology of autism is not a concern of ours. It just doesn’t have any meaning for our treatment.”

The logic behind the therapy’s link to autism, Fallon says, is this: “If you have children who are not eating protein, then they’re not going to have enough essential amino acids to make neurotransmitters, neurotransmitter receptors, and other neurological components.” This applies to brain circuits that control social and communicative behaviors, she says.

There are two flaws in that line of reasoning, according to Mel Heyman, chief of pediatric gastroenterology, hepatology and nutrition at University of California, San Francisco Children’s Hospital.

First, pancreatic enzymes break down not only protein, but also fat and carbohydrates in the intestinal tract. “When you have deficiencies, the biggest deficiency is fat. There’s going to be a little bit of protein deficiency too, but there’s other mechanisms that help break down proteins,” he says.

In 2001, Heyman completed a clinical trial showing that secretin — a hormone that triggers the pancreas to secrete various digestive fluids — does not improve the language skills or social behaviors of children with autism4. This claim had been widely circulated among the autism advocacy community, and a cottage industry was built around the sale of secretin. Heyman’s study also found no evidence of pancreatic enzyme deficiency in children with autism, he notes.

When Heyman launched the secretin study, he sought to recruit 20 children with autism and GI symptoms. Within two weeks, he had heard from 2,000 parents who wanted to enroll their children. “They all wanted secretin because they thought it was going to be the cure for their kids,” he says.

Unlike the Curemark trial, that study was open-label: every child received secretin infusions, and their parents knew it. When the five-week trial was complete, Heyman found that although none of the children showed measurably improved symptoms with treatment, 70 percent of parents reported moderate to high change in their child’s language and behavior. What’s more, 85 percent said they felt their child would benefit from additional doses of secretin.

“The problem is that the [parents] are so desperate in trying to find an answer, that they really glom on to any hope of an answer,” Heyman says.

A decade on, parents enrolled in the Curemark trial seem to be showing the same enthusiasm for CM-AT.

The drug, a powder that is added to food or drink, contains an active enzyme that’s naturally produced by the body, says Christopher Smith, who’s leading the trial at the Southwest Autism Research and Resource Center in Phoenix. “Many parents are eager, or more open, to trying this type of thing, rather than adding something that is supposed to suppress other mechanisms.”

Smith’s experience indicates that it may be difficult to find children for whom the therapy would be appropriate, however. Of the seven children recruited at the center so far, four were screened out because their levels of chymotrypsin were too high.

Other researchers involved in the trial say the research is worth doing even if CM-AT doesn’t improve the core features of autism.

“I think it could for sure improve behavior, because all of us are less social, and more cranky, when we’re having bowel problems,” notes Lin Sikich, principal investigator of the trial at University of North Carolina, Chapel Hill.

Unlike previous studies of alternative treatments for autism, this one is “quite well designed and controlled,” adds Sikich, an associate professor of psychiatry at the UNC-Chapel Hill School of Medicine. “We thought that we needed to evaluate it to see if it worked, and that the research would be something that people would benefit from if it did work, and would benefit from if we found out it really didn’t work.”