First 1,000 days of life could hold keys to autism 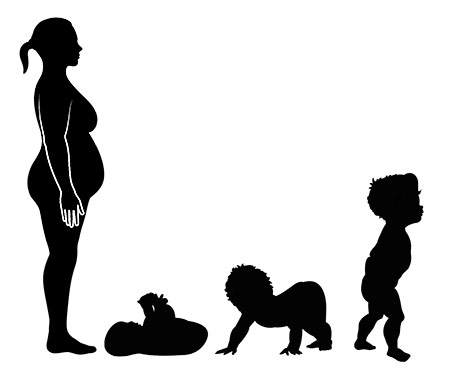 Developing lives: Intensive genetic tests and inclusion of medical records may give the new study an edge over similar long-term projects.

Although scientists still don’t know exactly what causes autism, there is widespread agreement that the condition starts to unfold in the earliest moments of life — during fetal development and the first few months of infancy.

That’s why some autism researchers have high hopes for a new project, the First 1,000 Days of Life, which aims to follow at least 5,000 women and their babies through pregnancy and the first two years after birth. This prospective design will allow the researchers to track changes as they happen, rather than having parents recall them later, which is subject to bias.

The institute is part of a nonprofit hospital system serving more than 2 million people in northern Virginia and Washington, D.C., a region with significant racial, ethnic and socioeconomic diversity. Vockley reports that 1,100 families have already signed on.

Although the project is not specifically focused on autism, it will almost certainly include at least a few dozen cases of the disorder because of its prevalence. Autism affects 1 in 88 children, according to the Centers for Disease Control and Prevention.

“It’s a wonderful model,” says Lisa Croen, director of the Autism Research Program at Kaiser Permanente Northern California, who is not involved in the project. Croen is helping lead two studies that are trying to track autism’s origins in early development.

The Early Autism Risk Longitudinal Investigation is following more than 200 women who already have children with autism through subsequent pregnancies, conducting genetic tests at multiple points during pregnancy and charting the children’s behavioral development. The Study to Explore Early Development aims to track nearly 3,000 children with autism or other developmental disabilities and typically developing children between 2 and 5 years of age, again looking at both genes and environmental factors.

What makes Vockley’s study different is the intensive level of genetic testing involved, and the ability to combine those results with medical records from parents and children, as well as surveys about relevant environmental influences such as stress and nutrition.

That could be helpful because research over the past few years has implicated infections during pregnancy — as well as clashes between the mother’s immune system and the fetus — as a possible cause of autism. And the researchers plan to collect additional survey and genetic data if the child requires medical attention for a major illness or injury, in hopes of identifying any previously unknown influences on autism.

The researchers plan to sample the mother’s urine and blood during the second and third trimester, analyze blood from both mother and baby at birth and bank the cord blood and placenta. They aim to sequence the whole genomes of all the participants and chart gene expression profiles, looking at which genes are activated and which stay silent during development, and which chemical tags might influence this expression. They plan to analyze these patterns every six months and, when possible, include fathers and siblings as well. Several studies have linked changes in the addition of such chemical tags, collectively dubbed epigenetic changes, to autism.

Going beyond other studies of this kind, Vockley and his colleagues also hope to examine microRNAs, small fragments of RNA that are thought to regulate the expression of genes and have been implicated in autism.

Being able to correlate all of this information with exposure to drugs or other chemicals during pregnancy and early childhood as well as with changes in the families’ lives may provide keys to understanding exactly how autism develops.

“Studies like this could be important,” says Daniele Fallin, professor of mental health at Johns Hopkins Bloomberg School of Public Health, explaining that they could indicate which genes or environmental factors should be investigated more thoroughly.

“As we learn more about autism, clearly there are genetic risk factors, but it seems like there’s also this role from environmental interplay,” Fallin says. “If there is environmental risk or interaction with genes, it’s likely to either [occur around the time of conception] or very early in development in utero.”

However, the research isn’t likely to include enough autism cases to draw firm conclusions about these links.

“If we don’t have enough power in the project, we either launch a side project to bring in more patients with that disease or set up a collaboration,” says Vockley. He says his team is planning collaborations with autism researchers at Cold Spring Harbor Laboratory in New York and GNS Healthcare in Boston.