In June 2020, cannabidiol hit what has become a familiar hurdle in fragile X research: Like many previous drug candidates, it missed its primary target in clinical testing. Among 109 young people with fragile X syndrome who took the drug and 101 who took a placebo, researchers saw no meaningful difference in a rating of social avoidance.

A secondary analysis factored into the trial’s original design offered a glimmer of hope, though. A subset of 91 participants showed marked improvement on the same measure after treatment with the drug, according to unpublished findings.

Among that group, the gene underlying fragile X syndrome, called FMR1, is awash with methyl groups, which block its expression of the protein FMRP. By contrast, the remaining participants have only partially methylated copies of the gene and may make more FMRP.

“Looking at methylation was pretty important to find that subgroup that had the most optimal response,” says Randi Hagerman, medical director of the MIND Institute at the University of California, Davis, who led one of the trial sites.

The subgroup’s improvements meet only the minimum threshold for one measure of statistical significance — they have a p-value of 0.02 — and the results await replication, something the company running the trials, Zynerba Pharmaceuticals, is working on. But the trial’s design reflects a fundamental shift in how researchers are trying to advance drug development for fragile X syndrome, one of the leading inherited causes of intellectual disability and autism.

A number of teams working on treatments for fragile X syndrome have turned to molecular and other biomarkers to stratify their results and boost their chances of identifying responders. They are also exploring novel study designs and tools to analyze outcomes. Their efforts are guiding trials of new drugs but also spurring scientists to re-examine abandoned candidates.

“There is a general sense that we may be giving up on medications that have potential benefit because we’re doing these trials wrong,” says Leonard Abbeduto, director of the MIND Institute, who has helped develop new outcome measures for fragile X trials.

One long-standing obstacle for drug trials in the field has been that, like autism, fragile X syndrome is highly heterogenous. People with the condition generally have excess DNA repeats in FMR1 but vary in their levels of FMRP expression, partly depending on the extent of methylation, says Craig Erickson, associate professor of psychiatry at Cincinnati Children’s Hospital Medical Center in Ohio.

As a result, they may not respond to a drug in the same way.

To cut through the heterogeneity and predict drug response, researchers are looking at a variety of biomarkers, sometimes in combination. Erickson, for example, leads a small trial exploring how electroencephalography (EEG) signatures shift when people with fragile X take a single dose of either acamprosate, lovastatin or minocycline.

EEG recordings from people with fragile X syndrome differ from those from typical people, Erickson and his colleagues have found. At rest, for example, people with fragile X often have more high-frequency ‘gamma’ oscillations than typical individuals. “It’s like the brain is firing a mile a minute,” Erickson says.

Erickson’s team is assessing whether any of the drugs can normalize certain EEG patterns and how these shifts relate to improvements in measures of cognition and behavior. The researchers are also examining blood levels of FMRP, which similarly track with the severity of fragile X traits and may underlie differences in EEG responses.

Other ongoing trials have incorporated different arrays of biomarkers into their protocols. Among them, a study testing the effects of the diabetes drug metformin on behavior, language and cognition in people with fragile X syndrome is also collecting information using EEG, eye-tracking and molecular tests.

Biomarkers are poised to be become even more important as researchers move toward trials of gene therapy treatments for fragile X, Erickson says. Because these treatments can come with larger risks and costs, knowing who is most likely to benefit ahead of time is crucial. 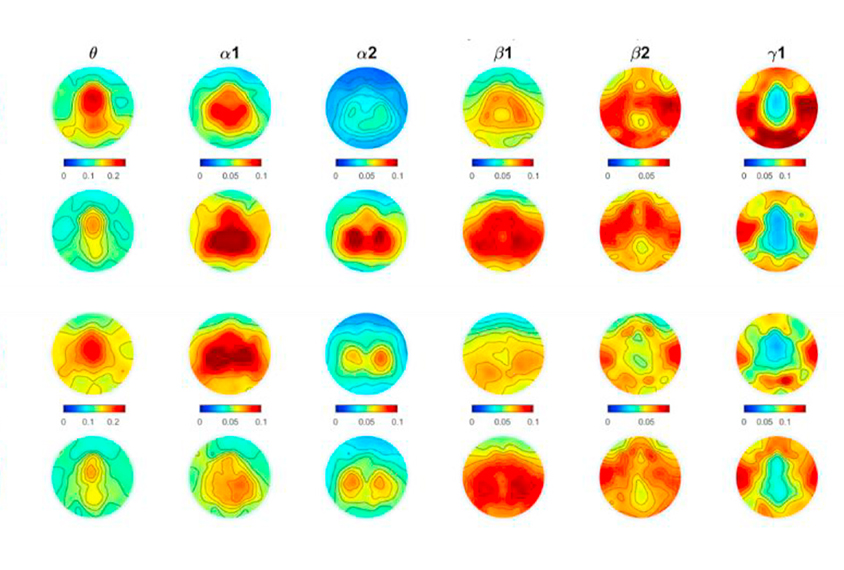 Another issue plaguing fragile X trials has involved how they measure a drug’s effectiveness. Most have relied on behavioral reports such as the Aberrant Behavior Checklist, which asks caregivers to rate a child’s traits. But parents may anticipate that their child will improve during a trial, which can skew their ratings. In several drug trials, for example, parents have reported significant improvements even when their child is taking a placebo.

“If the drug had a small effect, we would never have known it,” says Elizabeth Berry-Kravis, professor of child neurology at Rush University Medical Center in Chicago, Illinois, who has led many fragile X studies.

To address the problem, she and her colleagues validated the NIH Toolbox, a battery of tests that participants complete on a tablet or computer, as an objective measure of cognition in people with intellectual disability, including those with fragile X. They then used it, along with other assessments and biomarkers, in a cross-over study to gauge how 30 men with fragile X responded to an experimental drug called BPN14770, which boosts levels of a molecule involved in learning and memory.

Cognition significantly improved when the men were on the drug compared with when they took a placebo, the researchers reported in April. “It was a big result,” Berry-Kravis says. Not only did the NIH Toolbox help researchers avoid placebo effects, the measure may have also characterized the condition better than behavioral reports can. Behaviors vary among people with fragile X, but everyone with the condition has cognitive difficulties, Berry-Kravis explains.

Outcome measures such as the NIH Toolbox may help reduce some of the variability that often blurs clinical trial results, says Eric Hollander, professor of psychiatry and behavioral sciences at Albert Einstein College of Medicine in New York City, who was not involved in the recent trial. But “just showing an improvement on an outcome measure may not be enough,” he says. To get a drug approved, researchers must also show that a shift in a person’s score on that measure is clinically meaningful.

Federal drug regulators have yet to accept the NIH Toolbox as a valid outcome measure in clinical trials. Berry-Kravis and her colleagues are working to come to an agreement with the U.S. Food and Drug Administration on what additional data need to be collected on the measure, and they hope to be able to use it in a phase 3 trial of BPN14770, which will likely start next year, she says.

It has become increasingly clear from all of these trials that a single drug for fragile X syndrome probably won’t suffice. Given FMRP’s many functions, an effective treatment will likely require several therapies that act on different pathways, Berry-Kravis says. Researchers may have to explore drug combinations, but for now, she adds, “we need to get the first drugs across the finish line.”

To that end, scientists are not only testing new drugs but reassessing some compounds that failed in past trials, armed with improved tools and strategies. Among them, Berry-Kravis and her colleagues are re-evaluating AFQ056, which blocks a receptor called mGluR5. Drugs that block mGluR5 appear to reverse fragile X traits in mice, yet they show mixed results in people, potentially because of problems with the way studies were conducted.

Because the drug may work best early in development, the ongoing trial tracks children aged 3 to 6 years, rather than adolescents and adults, who were the focus of previous trials. The team also plans to examine whether a language learning intervention works better in people taking the drug compared with those taking a placebo.

The drug is expected to boost a process that allows neurons to tweak the strength of their connections, says Abbeduto, who is working on the trial, but how much this biological shift will alter someone’s overall communication skills is unclear. The language intervention may help magnify the drug’s effects and improve the team’s chances of detecting changes, he says.

Another group is reviving arbaclofen, a drug that dampens neuronal activity by stimulating inhibitory receptors in the brain. The drug improved social behavior in a 2012 study of 63 children and adults with fragile X. But the results did not hold up in subsequent trials — one in adolescents and adults with fragile X and one in children and adolescents with autism. The company developing the drug, Seaside Therapeutics, halted its arbaclofen work in 2013 and later went out of business. Clinical Research Associates, an affiliate of the Simons Foundation, Spectrum’s parent organization, acquired the rights from Seaside to develop arbaclofen for fragile X syndrome, autism and other neurodevelopmental conditions.

Findings from one halted study hint that the drug may have been working in children and adolescents with fragile X, however, says Randall Carpenter, former president of Seaside Therapeutics. Children in the trial were given different doses of the drug. Those taking the highest dose were significantly less irritable than those taking a placebo, according to parent ratings. They also showed improvements in social avoidance, the study’s primary outcome, that narrowly missed statistical significance. Many families involved in the trials also reported anecdotally that the drug was helping their children to communicate and perform daily tasks.

Carpenter and his colleagues haven’t given up. Last November, a new company Carpenter co-founded acquired the licensing rights from Clinical Research Associates to develop arbaclofen for fragile X. The team plans to meet with the Food and Drug Administration this year to find out what will be required to submit a new drug application.