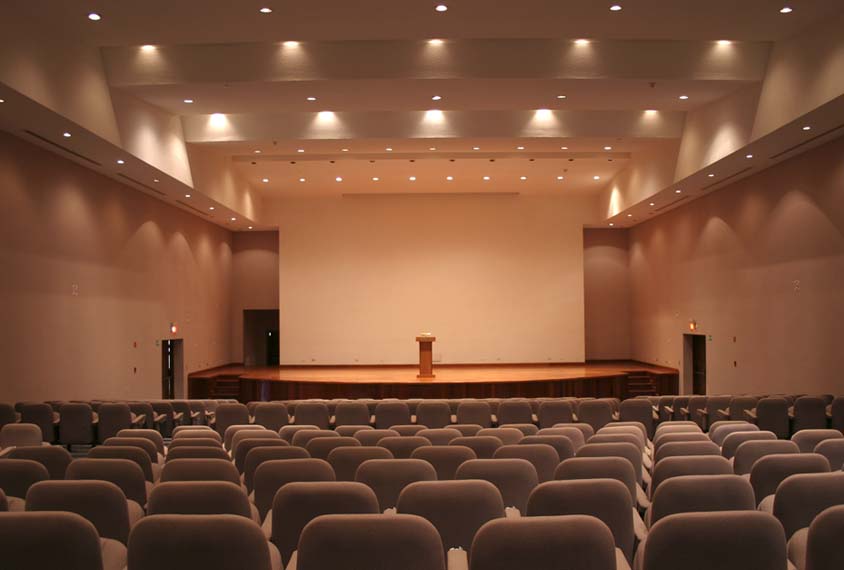 Meeting adjourned: Another pandemic wave has lead some autism researchers to postpone their return to in-person academic conferences.

Today is the last day of advance registration for the annual meeting of the Society for Neuroscience (SfN), scheduled to take place both virtually and in person in Chicago, Illinois, in November.

For many autism researchers, though, the decision to attend, or not, was finalized months ago. The deadline to submit an abstract to the meeting, the largest annual gathering of neuroscientists in the world, was in July — just as the highly contagious delta variant of the coronavirus started to drive COVID-19 cases up again across the United States.

That timing gave pause to Audrey Brumback, assistant professor of neurology at the University of Texas at Austin. “It was just sort of hard to envision going and spending time with 30,000 of my best international friends,” she says.

Brumback and the members of her lab typically attend SfN, and she is eager to resume in-person meetings, she says, where spontaneous conversations and networking happen more easily. But she ultimately decided to not submit any abstracts for SfN and instead to attend a few smaller meetings over the next few months.

Smaller meetings offer a better chance of bumping into friends and colleagues, Brumback says, “as opposed to SfN this year, where who knows who’s actually going to go?” (SfN representatives declined to comment on the expected number of in-person attendees.)

Brumback is not alone in her hesitation. Spectrum surveyed autism researchers about their conference plans through the end of the year. Of the 138 who responded, 29 said they plan to attend SfN, but only 10 expect to do so in person. Of the 109 who are not planning to attend SfN, 64 said they are not attending any other conferences either. Most cited the pandemic as the driver of their decision, although some said that they never attend SfN, or that they faced travel and financial restrictions this year.

Based on the survey and follow-up interviews, it’s unclear when autism researchers will be ready or, in some cases, able to return to conference halls en masse. After more than 18 months of virtual meetings, though, many are seeking and finding new ways to connect and share their work.

“I’m very optimistic that people who are grad students now or postdocs will be able to deal with permanent changes — Zoom meetings and virtual conferences and all that. They will be able to figure out how to get the best out of it,” says Ralph-Axel Müller, professor of psychology at San Diego State University in California. “Ultimately, it’ll probably be a good thing.”

To a certain extent, the reasons autism researchers gave for not attending conferences this season tracked with career level. Senior scientists, for example, were more likely to cite COVID-19 as the main impetus to skip SfN.

Early-career researchers may also have more reasons to go in person, researchers say. Because of its size, SfN is known for its networking opportunities and social events — something that online meetings cannot replicate.

“[SfN] is where the students get a chance to interact with people with whom they might do a postdoc,” says David Beversdorf, professor of radiology, neurology and psychological sciences at the University of Missouri in Columbia, Missouri. “And that's not trivial.”

“I have not seen that kind of thing adequately supplanted in any online meeting,” he says.

Beversdorf plans to attend the conference in person with six members of his lab. The meeting’s vaccination and mask requirements make him feel comfortable, he says, along with the fact that he and his students — who had full input on the decision — can catch a quick, direct flight from Columbia to Chicago, limiting their potential exposure in transit. Also, case numbers in Chicago have started to dip.

Poster sessions — where early-career researchers are most likely to present their work and get valuable feedback from other scientists — in particular have suffered online, says Naihua Gong, a graduate student in Matthew Kayser’s lab at the University of Pennsylvania in Philadelphia.

“Natural conversations don't really rise up as easily as they do in person,” Gong says.

Instead of presenting findings in a bustling conference hall, early-career scientists find themselves “sitting in an empty Zoom room and waiting for people to drop in on your poster so you can talk to them,” says Zack Williams, graduate student in neuroscience and hearing and speech sciences at Vanderbilt University in Nashville, Tennessee.

On top of that, so-called ‘Zoom fatigue’ is setting in, says Brumback, who may skip the virtual component of SfN this year as well. Despite the convenience of joining a conference from home, it often backfires, she says, because it’s easy to be distracted by other things.

“75 percent of the reason to go to a conference is to see your friends and to network and to be able to go have coffee and have spontaneous hallway conversations,” she says. “And I feel like whatever that would look like [at SfN this year] is going to be really stilted.”

Despite the appeal of in-person meetings for early-career scientists, Spectrum’s survey and interviews also revealed that many junior researchers face travel and financial restrictions, taking that option away up front.

Scientists may be “sick of virtual meetings,” says Madelyn Gillentine, a geneticist at Seattle Children’s Hospital in Washington, but for some, “it’s better than nothing.”

And virtual meetings have some advantages, including the ability to rewatch online talks and browse through e-posters at a later date, Williams says.

For Amanda Kentner, professor of psychology at Massachusetts College of Pharmacy and Health Sciences in Boston, a virtual option means that students in her lab can afford to attend multiple meetings and present their work to a wider audience, she says.

Hieu Tran, one of Kentner’s undergraduate students, has presented his work at four online conferences since the start of the pandemic and says the poster sessions work well.

“I talked to a lot more people than I thought I would,” Tran says.

Online conferences also make it easier for international researchers to attend. Mallar Chakravarty would have preferred to attend SfN in person, he says, but McGill University in Montreal, Canada, where he is associate professor of psychiatry, has suspended almost all university-sponsored travel. Chakravarty says he will try to attend online, and he appreciates that because virtual conferences are more accessible and more cost-effective, more of his lab can attend.

Many researchers hope to see more hybrid conferences after the pandemic. But organizers will have to keep fees low for attendees who cannot attend in person and provide greater opportunities for socializing to make remote meetings successful, says Alycia Halladay, chief science officer at the Autism Science Foundation.

“That includes breakout rooms, and it includes some high-tech ideas for engaging scientists in different scientific activities,” Halladay says.

Clara Moreau, a postdoctoral researcher at the Institut Pasteur in Paris, France, couldn’t travel to any meetings in person this year, but she tried to recreate some of the social aspects of conferences from home: She hosted sessions in which she and her students watched conference talks together on a big screen, with time to debrief afterward.

Sharing her work and learning about others’ research had been challenging when those opportunities came only in the form of screen time, Moreau says. But adding more human interaction made her feel more connected and inspired, she says.

“That helped a lot.”