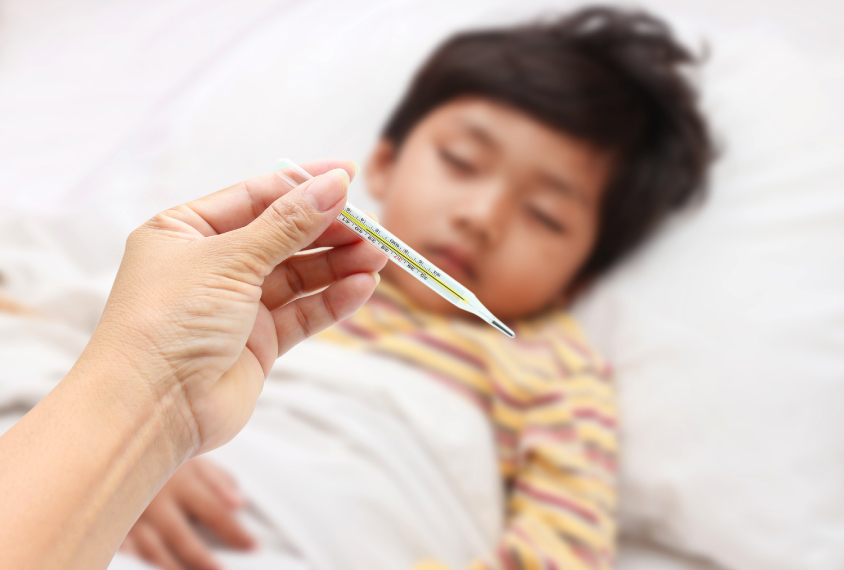 An immune molecule produced during a fever improves sociability in three mouse models of autism. The findings may explain why fevers have sometimes been reported to temporarily improve autistic children’s behavior.

The molecule, interleukin 17A (IL-17A), has been the source of intense interest among autism researchers for the past few years. Levels of IL-17 are elevated in some autistic children. And mice exposed to it in the womb have autism-like behaviors.

The new work strengthens the link between IL-17 and autism. Researchers presented the unpublished findings today at the 2019 Society for Neuroscience annual meeting in Chicago, Illinois.

The findings hint at the prospect of a targeted therapy that could harness fever’s benefits without its harmful side effects.

Numerous anecdotal reports have suggested that autistic children improve during a fever, but no one has been able to explain why. One theory is that the immune molecules that trigger a fever — usually to protect the body from an invading pathogen — also benefit the brain.

To test this possibility, researchers led by Gloria Choi at Massachusetts Institute of Technology gave pregnant mice a chemical that mimics a viral infection. Mice exposed to this maternal immune activation (MIA) in the womb are known to have behavioral problems linked to autism.

These MIA mice do not show the typical preference for interacting with an unfamiliar mouse over an object — a behavior reminiscent of a core autism trait. But they become more sociable after the researchers injected them with lipopolysaccharide, a compound that triggers the release of immune molecules involved in a fever.

Simply raising the mice’s body temperature using a drug, without triggering the immune reactions involved in a fever, does not have this effect, however. “We see don’t see any change in sociability, so we don’t think it’s the temperature,” says Michael Reed, a graduate student in Choi’s lab who presented the work.

The injection also calms the hyperactive neurons in a part of the MIA mice’s somatosensory cortex, a brain area known to be important in autism.

Three other mouse models of autism — those with a mutation in CNTNAP2, FMR1 or SHANK3 — also have hyperactive neurons in the somatosensory cortex. But the injection does not calm the neurons’ activity or improve these mice’s sociability.

When the researchers used a technique called optogenetics to turn off the hyperactive neurons with flashes of light, however, mice with mutated CNTNAP2 or FMR1 — but not SHANK3 — did become more sociable. This suggests that at least in some genetic forms of autism, it might be possible to mimic the beneficial effects of the fever via some other means.

Fever is an expression of inflammation, so the researchers measured levels of inflammatory molecules before and after the injection in all four sets of mice. The MIA mice showed a sharp increase in IL-17A that was not seen in control mice or in those with the mutations.

The researchers say this suggests that exposure to maternal inflammation in utero leads to lasting changes to the immune system, and this may cause the MIA mice to secrete IL-17A in response to other immune triggers.

The results hint at a target for treatment: Receptors for IL-17A are present throughout a mouse’s cortex.

Injecting IL-17A into the somatosensory cortex of the MIA mice quiets their neural activity and enhances their sociability, the researchers found. The treatment has similar effects on the social behavior of mice with a mutation in CNTNAP2 or FMR1. (The researchers did not test the effect in SHANK3 mice.)

To confirm IL-17A’s importance in the fever effect, the researchers injected the brains of the MIA mice with an antibody that sops up the molecule and prevents it from binding to its receptor. They then injected lipopolysaccharide — and found that it no longer mutes neural activity or improves the mice’s social behavior. The injection also has no effect on MIA mice that lack IL-17A receptors in the somatosensory cortex.

The findings suggest that delivering IL-17A, activating its receptors, or quieting the activity of neurons in the somatosensory cortex may be new avenues for treating autism.

The findings discussed in this article were published in December in Nature1. The article originally appeared on Spectrum in October, based on data presented at the 2019 Society for Neuroscience annual meeting in Chicago, Illinois.

A previous version of this article incorrectly implied that the lipopolysaccharide injection triggers a fever in MIA mice; it does so only in control mice.