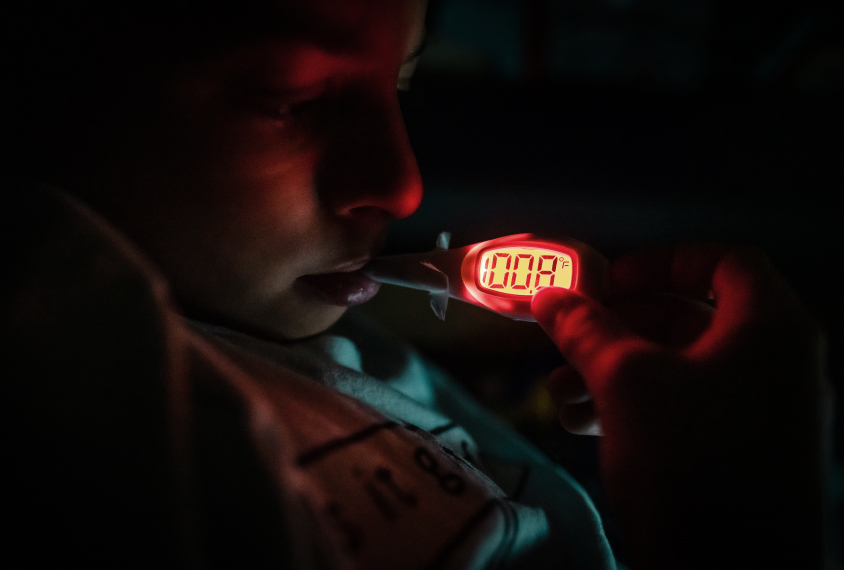 Hot topic: Only 3 out of 141 autistic children became less irritable when they had a fever.

Most autistic children, like their non-autistic peers, become less social, less communicative and more irritable when they have a fever, according to a new unpublished study.

Researchers presented the findings 12 May at the 2022 International Society for Autism Research annual meeting. (Links to abstracts may work only for registered conference attendees.)

Although sick children are often tired and grumpy, anecdotal reports have suggested that fever eases behavioral difficulties in some autistic children. As much as 17 percent of autistic children become calmer and more social when they have a fever, according to one 2017 study.

But that study may have been biased toward finding improved behaviors, says Catherine Lord, distinguished professor of psychiatry and education at the University of California, Los Angeles, who led that study as well as the new one. Participating parents knew the researchers were investigating behavioral changes during fever and may have been more inclined to perceive and report effects, she says.

In the new study, Lord and her colleagues designed an app to collect data — in a less biased fashion — from 141 autistic and 103 non-autistic children between the ages of 2 and 7.

Most children were less happy, active and social when they had a fever than when they were healthy, the team found, and the negative changes were most pronounced in autistic children.

This does not mean that behavioral improvements during fever do not occur for some autistic children, said study investigator Katherine Byrne, a graduate student in Lord’s lab, who presented the work. However, she says, “the nature of the phenomenon is still not well understood and it likely is not the norm for most children with autism.”

Lord, Byrne and their colleagues asked parents to report their children’s behavior and temperature using a cell phone app three times a week, regardless of the child’s health status. They also asked parents to note in the app if anything out of the ordinary happened — from the child coming down with a fever to traveling. As a result, Lord says, the parents weren’t clued in to specifically look for behavior changes accompanying a fever, unlike in the previous study.

The majority of parents reported more negative behaviors during fever, but they did not report such behavioral changes with non-febrile illnesses, the team found.

“Whatever’s going on during the fever is what’s contributing to these behavioral changes,” Byrne said in a recorded presentation of the work.

Of note, however, three autistic children bucked the trend: Their parents reported less irritability and other improved behaviors during fever — suggesting that there may be a subset of children with autism who have this atypical response, the researchers say. But there were no obvious trait similarities among the children who showed these improvements.

“It’s always hard to generalize from [a sample size of] three,” Lord says.

Future studies investigating potential links between fever and the easing of difficult behaviors in autism need to go beyond just reducing biases in the methodology, she says.

“If you really want to know who this affects, you’re going to have to have a really big sample.”