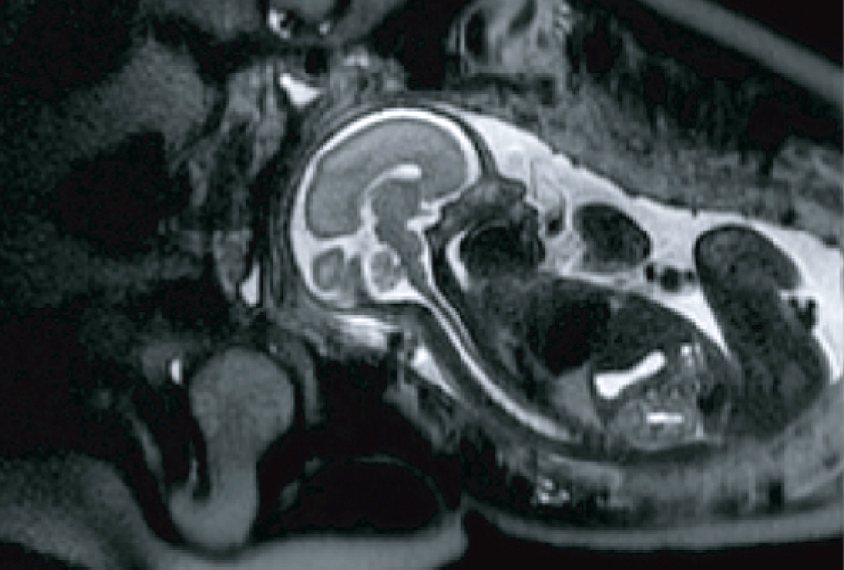 Children with highly folded and curved brains in utero tend to show autism-linked behaviors at 18 months of age, according to unpublished results from a longitudinal brain-imaging study.

Researchers presented the findings virtually Wednesday at the 2021 International Society for Autism Research annual meeting. (Links to abstracts may work only for registered conference attendees.)

Heightened levels of maternal stress, depression and anxiety predict both structural and functional brain abnormalities in fetuses, according to previous studies by the same team, which is led by Catherine Limperopoulos, director of the Developing Brain Institute at Children’s National Hospital in Washington, D.C. The new results represent the first look at how such fetal brain differences relate to the children’s behavior as toddlers.

The researchers used magnetic resonance imaging (MRI) to scan the brains of 147 fetuses at 24 to 40 weeks of gestation. They measured a number of features, including the degree of folding in the brain’s convoluted outer layer, the depth of those folds and the curvature of the frontal lobe.

When the children were about 18 months old, their parents filled out three standardized questionnaires: the Modified Checklist for Autism in Toddlers (M-CHAT), which screens for early signs of autism, such as a lack of interest in others; the Infant Toddler Social Emotional Assessment (ITSEA), which measures social and emotional problems; and the Child Behavior Checklist (CBCL), which gauges behavioral concerns. Higher scores on each of the questionnaires indicate greater levels of autism-like behaviors.

Limperopoulos and her team are using gold-standard tests of autism to evaluate the children, and they plan to continue to work with the same set of children as they grow and mature, to see just how powerfully fetal MRI can predict childhood outcomes.

The work may one day help doctors identify babies most in need of early interventions, Limperopoulos says.

“If we can utilize the advanced MRI tools to identify infants that may be at risk for long-term neurobehavioral disorders,” she says, “we can target interventions even before symptoms begin to manifest.”