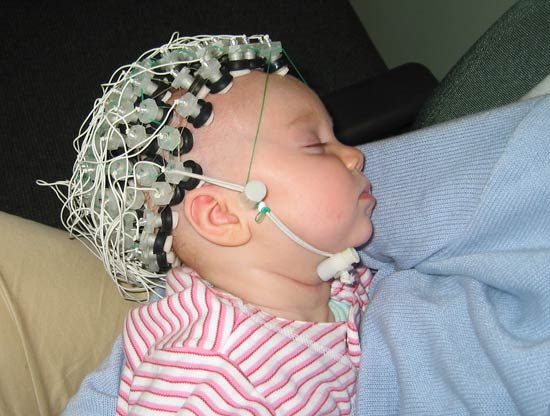 I.-M. Eigsti Relative results: There is a long tradition of researchers studying themselves or their families, particularly for poorly understood conditions like autism.

When they were young, Matthew Belmonte and his older brother, John, were fascinated by the same obscure sights: the rise and fall of shadows under streetlights when walking down the street, or individual specks of dust revealed in a beam of sunlight. They both enjoyed rocking back and forth to the high-pitched hum emanating from an old television. But in at least one respect, the boys were markedly different: Matthew had a huge vocabulary, and John didn’t speak.

“Even though he wasn’t speaking, I had the sense that I saw what he saw, and he saw what I saw,” Belmonte recalls. “I always knew that he and I thought in the same way.”

Among autism researchers, he is one of many with close family ties to the disorder.

Cindy Molloy had practiced pediatric emergency medicine for a decade when, in 1996, her daughter Shannon was diagnosed with autism. Molloy, assistant professor of pediatrics at Cincinnati Children’s Hospital Medical Center, joined the autism advocacy world and, three years on, pursued a Master’s degree in epidemiology to study potential immunological causes of the disorder.

Gregory Abowd, who develops video-capturing technology at the Georgia Institute of Technology, first realized he could apply his work to autism in 2002, when he was reviewing family videos. Abowd’s 5-year-old son, Aidan, had been diagnosed with autism three years earlier. Watching footage of Aidan as a toddler, Abowd was shocked to see dramatic behavioral changes in his son between 18 and 26 months of age, including physical posturing and a discomfort around his mother.

“It was clear that he was just a very different child, but I hadn’t noticed the changes and neither had my wife,” Abowd recalls. They also missed early signs of autism in their second son, Blaise, who was diagnosed in 2003 at age 3.

Over the following few years, Abowd and his students began developing ‘smart’ video technology that automatically records important events during therapy sessions by monitoring the therapist’s use of a pen and paper outfitted with electronic sensors1. Since then, he has created similar systems to help teachers and parents identify early signs of developmental delay.

Having children with autism “gives me the desire to work on the problem, but also an understanding of how it impacts people like me,” Abowd says. “There’s nothing that beats having passion about something.”

At the same time, some researchers struggle with the decision to enroll their children in research studies.

“It becomes very emotional when your science is involving you and your child and your child’s illness,” Molloy says. “I want to be able to do good, rigorous science. And I don’t want the fact that I am a parent to be the first perception that people have.”

Molloy has enrolled her daughter in two of her own studies, one on immune system response2 and the other a genome-wide association study.

Molloy and others have found that their children’s participation helps persuade other parents to enroll their own children in research.

“I’m very much in touch with what these parents are facing and feeling, and I think they’re very attracted to working with us because we have that bond,” says Beth Malow, director of the Vanderbilt Sleep Disorders Center in Nashville, Tennessee.

After Malow’s oldest son, Austin, was diagnosed with autism in 2001, many people goaded her to study sleep disorders in autism. 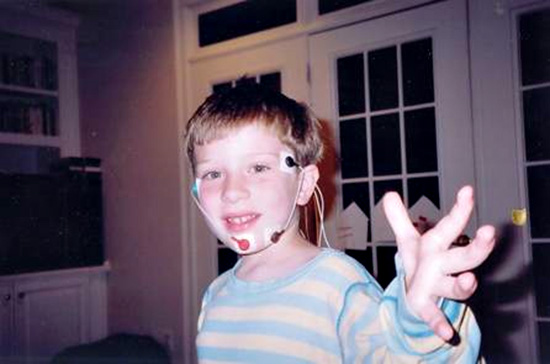 In the family: After Austin (above) and his brother were diagnosed with autism, their mother Beth Malow, an expert in sleep disorders, began studying the link between autism and sleep. “I said to them, ‘Why would I want to study sleep in autism? Austin’s such a great sleeper,” Malow recalls. But after digging into the literature, she learned that about half of children with autism suffer from sleep problems. That finding hit home in 2007, when her 6-year-old son Daniel, who did have trouble sleeping, was also diagnosed with autism.

Austin was the first participant in Malow’s first large study of autism and sleep3, and both boys have since participated in several other studies. “Austin loves to participate in research. He really is proud of the fact that he’s unique and different,” she says.

“Autism research was going painfully slow,” says Kiely, which she says pained her both as a mom and as a scientist. “IAN offered a way to help researchers find people to participate, and gave parents a way to engage with the research. It brought both parts of me together.” About 30,000 individuals are now listed in IAN, and 150 studies have used IAN to recruit participants.

Enrolling your children in scientific research can call attention to their disorder, which, like many parents of children with autism, some scientists also try to avoid.

After Roy Richard Grinker published his book, Unstrange Minds — which describes Grinker’s epidemiological research on autism and his experience with his daughter, Isabel, who has autism — a producer from the television show The View called Grinker to invite father and daughter to appear on the show. “The first thing he said was, ‘So how bad is your daughter?'” Grinker recalls.

Like Grinker, many researchers with family connections to autism choose to keep their children out of the public spotlight. Of the 12 researchers approached for this article, for instance, 4 declined.

“This isn’t the most comfortable territory to be digging around in,” says clinical psychologist Alan Lincoln, director of the Center for Autism Research, Evaluation and Service in San Diego, whose younger brother was diagnosed with autism about 30 years ago. “They may just be avoiding something that’s, psychologically, rather uncomfortable.”

Alternatively, the researchers’ reluctance may stem from not wanting their colleagues to perceive bias in their scientific work — and perhaps with reason.

When designing brain-wave experiments that test people with autism, Marissa Westerfield says she thinks first about how her sister, who has low-functioning autism, might react.

“When I realize I’m only thinking of my sister’s abilities, it catches me by surprise,” says Westerfield, assistant project scientist in the neurosciences department at the University of California, San Diego. “I sometimes worry that I bring a little too much of my own point of view.”

Still, that bias may be no more prevalent than in any other arena of scientific research, says Grinker. “There’s no scientist who’s ever lived whose personal life didn’t influence his scientific work,” he says.

What some consider bias, others might call motivation — which is particularly necessary for scientists studying conditions, like autism, with unknown causes and few effective treatments.

“I hope that by sitting in my darkened little room, writing computer programs and scientific manuscripts, that eventually I will be able to effect some sort of therapeutic intervention for people with autism,” says Belmonte, who has seen his brother through wrongly prescribed antipsychotic medications, physically abusive caretakers and, now, solitary life in a group home. “We keep on saying we’re closer and closer, and we are, but it’s very frustrating and guilt-evoking, because it hasn’t happened yet.”