Eye ‘jumps’ in autistic people may be especially fleeting 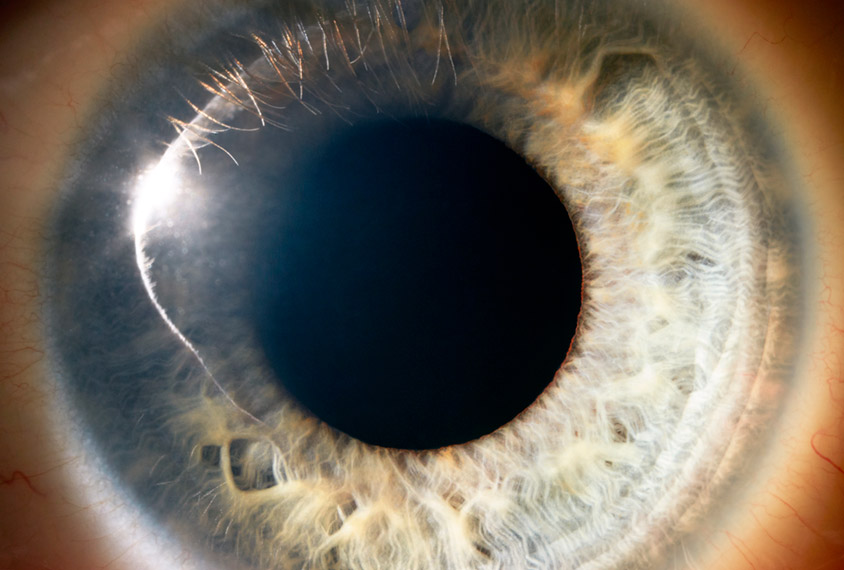 Autistic people tend to have trouble shifting their gaze to take in all the details of a scene, according to a new study1.

Previous studies have found that these rapid shifts in gaze, called saccades, are altered in people with autism under certain viewing conditions. The new study is the first to show these movements are also disrupted when autistic people watch videos of natural scenes that resemble what they see in their daily lives.

The findings may challenge the prevailing view that autistic people avoid looking at social stimuli, such as faces, because they have low social motivation. Instead, the investigators say, eye-movement problems may interfere with autistic people’s ability to shift their attention fluidly to social stimuli.

“For the last 20 years, people have investigated a lot on how people with autism look at social scenes,” says lead investigator Nico Bast, head of clinical research at Goethe University Frankfurt in Germany. “But nobody really looked at what it is with the eye movements. Do eye movements even enable [autistic people] to look at social stimuli?”

A lack of eye-movement coordination and flexibility could hinder social interactions in childhood and contribute to core autism traits, such as the tendency to avoid eye contact, says Johan Lundin Kleberg, a clinical psychologist and postdoctoral researcher at the Karolinska Institutet in Stockholm, Sweden, who was not involved in the study.

“We could think that this is a sort of biomarker that shows something about the visual system of the brain being developed in another way in individuals with autism,” Kleberg says. “Maybe this is something that has a cascading effect during development.”

Bast and his team tracked the gaze of 142 people with autism and an equal number of typical controls, all aged 6 to 30. The participants are part of the EU-AIMS Longitudinal European Autism Project, a multi-center study that aims to identify and validate biomarkers for autism.

Participants watched videos of naturalistic scenes, such as birds perched on tree branches or people being interviewed on the streets. Using an eye-tracker, experimenters measured the participants’ pupil dilation and time spent fixing their gaze on a particular point, as well as the duration and distance of saccades.

The team found no differences in pupil dilation or fixation time between groups, but the autistic participants’ eyes made smaller and briefer saccade jumps than those of controls. These results held whether the videos showed nature scenes or people, suggesting the differences stem from a general disruption in eye-movement patterns and not a lack of social motivation. The study was published in May in the Journal of Child Psychology and Psychiatry.

Autistic people may have difficulties with ‘exogenous attention’ — the ability to shift attention away from a current focus point, Bast says.

“Maybe people with autism just have basic perception difficulties to perceive stimuli — any stimuli — that are far away from the current focus of attention,” he says.

The findings do not necessarily invalidate the social-motivation theory, says Benjamin Yerys, assistant professor of psychology at the University of Pennsylvania, who was not involved in the study. Disruption in eye-movements helps to explain the aversion many autistic people have to social stimuli, he says, but other imaging research looking at the reward system makes it clear that social motivation is also an important contributing factor.

The study further shows that eye-movement problems are mildly associated with severe repetitive behaviors, although the reason is unclear.

“It’s important now to try to understand developmentally how this relates to the core symptoms of autism,” says Matthew Mosconi, director of the Kansas Center for Autism Research and Training in Lawrence, who was not involved in the study.

A long-term experiment could provide insights into how the brain adjusts to eye-movement differences, he adds. “It would tell you both how these problems may relate to big clinical problems but then also how, potentially, systems reorganize themselves.”

The neural mechanisms underlying altered saccades in autism may involve the pontocerebellar network, a circuit of neurons within the pons and cerebellum known to control eye movements, Bast says. Evidence suggests the cerebellum plays an important role in shaping some of the core traits of autism.

Bast and his team are combining brain-scanning and eye-tracking techniques to test this hypothesis. They are also working on a follow-up study to better understand the link between an individual’s eye-movement and gaze patterns.