Autism stems from a complex and, so far, baffling interaction of genetic and environmental factors. New research suggests one of those factors may be a pregnant woman’s immune response to virus infection ― and perhaps to a flu shot.

Since the 1950s, more than a dozen epidemiological studies have suggested that a pregnant woman’s exposure to influenza directly increases her child’s risk of developing schizophrenia.

Because of the similarities between schizophrenia and autism, some experts say prenatal infection may also be linked to autism.

“The bottom line is that environmental factors such as insults during pregnancy, in animals with a genetic background that’s very clear-cut, can produce abnormalities in the gene array, the anatomy of the brain, the chemistry of the brain, and finally behavior,” says University of Minnesota neuropsychiatrist S. Hossein Fatemi. “You may be able to explain some aspects of the genesis of autism by using such animal models.”

Scientists are still working out how viral infection leads to different fetal brain abnormalities. In the meantime, the research has serious public health implications.

The Public Health Agency of Canada last year added healthy pregnant women to the list of people for whom they recommend a flu shot2. In the U.S., the Centers for Disease Control and Prevention (CDC) has recommended the flu vaccine to pregnant women since 1957, the year nearly 70,000 Americans died of the so-called ‘Asian Flu’. One 1959 study of Minnesota residents found that during that pandemic period, half of the women of reproductive age who died were pregnant3.

But the vaccine itself may stimulate an immune response in the mother that leads to neurodevelopmental disorders in the fetus, some researchers caution.

“Don’t get me wrong: nobody wants a pregnant woman to get the flu,” says neurobiologist Paul Patterson of the California Institute of Technology, who did much of the pioneering work in this field. “But every year the CDC says that a maternal vaccine for flu is safe and efficacious. The data quoted for those conclusions I don’t find all that convincing.” 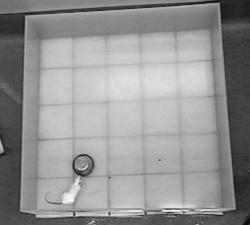 More than 250 studies worldwide have shown that the schizophrenia rates of people born in the winter or spring are five to eight percent higher than average. Scientists initially reasoned that viruses, which are more prevalent during the fall, may be the culprit4.

In 1988, a Finnish study found that an unusually high proportion of schizophrenics admitted to Helsinki psychiatric hospitals were born right after the 1957 flu epidemic5; since then, several other studies of flu epidemics have found similar correlations.

There is far less evidence of this link for autism, although one study conducted after the 1964 rubella outbreak in New York City found autism rates much higher than normal in children born to pregnant women infected with rubella6.

However, many of these studies had a serious methodological flaw: they relied on the mother’s recollection of when she got sick.

To avoid this, Columbia University psychiatrist Alan Brown analyzed stored blood samples from dozens of women who were pregnant between 1959 and 1966, many of whom gave birth to children who later developed schizophrenia.

Because the mothers’ blood had been drawn several times over the course of their pregnancy, Brown could compare the samples for traces of the flu and pinpoint the time of infection.

He reported in 2004 that for mothers who had been exposed to the flu during the first trimester, the risk of their children developing schizophrenia increased seven-fold. There was no difference in risk for exposure in the second trimester or in the third trimester7.

These observations are surprising given the physiology of a normal pregnancy, in which the placenta prevents the vast majority of viruses and bacteria from breaking into the womb.

“In normal circumstances, a baby is born sterile,” notes Christopher Coe, who studies this phenomenon in non-human primates at the University of Wisconsin.

There are a few exceptions to the rule, however. For instance, the rubella virus can pass through the placenta, infect the developing baby, and ― especially if infected during early pregnancy ― cause a host of neurological problems.

But this rarely happens with influenza. “Flu is an infection of the airways,” Coe says. “Most of the time it never gets out of our lungs and nasal passages. It’s very unlikely that it would get into the bloodstream and cross the placenta.”

If the fetus is protected from the flu virus itself, Brown and others reasoned, the effects on the fetus may be the result of the mother’s immune reaction to the virus. 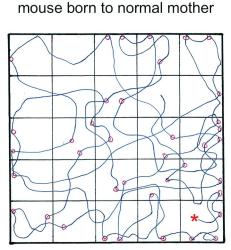 Space cadet: The asterisk marks where a normal mouse was placed, and the red circles show where it stood up on its hind legs for a better whiff of its surroundings.

One popular theory suggested that maternal antibodies to the virus cross the placenta and attack cells in the developing fetal brain. Another possibility ― that is bolstered by animal research ― is that the fetal brain is affected by cytokines, a class of signaling proteins produced by the mother’s white blood cells.

Patterson found the cytokine response when his lab infected pregnant mice with a mock flu virus to simulate an immune response. The offspring of these mice showed an array of abnormal behaviors that Patterson says are akin to those seen in schizophrenia and autism8.

For instance, in a standard anxiety test, the mice are placed under a strong light in a large empty box. “This makes them feel anxious about a predator swooping down,” Patterson says. Normal mice flee to the sides of the box at first, but eventually explore the entire box. In contrast, the affected offspring never investigate the center of the box.

“Of course, none of these tests are specific to autism or schizophrenia, but they’re all consistent with the human behaviors that we see in these disorders,” Patterson says.

He also found that the affected mice have far fewer Purkinje cells, large neurons vital to the function of the cerebellum, the small region at the base of the brain that’s responsible for integrating sensory information.

Similar losses in Purkinje cells have been observed in post-mortem brains of people with autism, although those observations are contested.

Patterson linked these effects to one cytokine in particular, interleukin-6. He is investigating the effect of this cytokine on the permeability of placental cells and the effects of deleting the receptor for the cytokine from the fetal brain. He is also repeating the mock-infection experiments in rhesus macaque monkeys.

“The monkeys are just being born now, so we don’t know anything yet about their behavior,” Patterson says. Initial tests indicate that, post infection, pregnant monkeys show an increase in the level of interleukin-6. “These primate behaviors are much more human-like than the mice. So there’s a big advantage in this model,” he says. 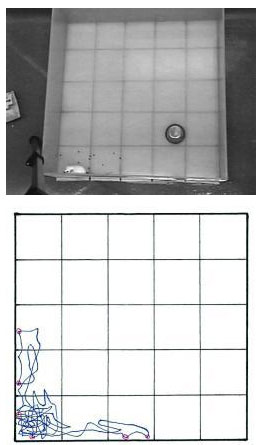 Crouching mouse:In contrast, a mouse whose mother got the flu tends to stay hunkered down in the corner where it was placed.

Some scientists are more focused on the molecular and genetic aspects of the phenomenon than on the offspring’s behavior.

“Behavior is just one aspect of pathology,” says Fatemi. “Patterson’s results showing abnormal behaviors are great, but it doesn’t say very much about the reasons or the mechanisms.” For the past decade, Fatemi has studied the effect of maternal infection on gene expression in the developing mouse brain; rodents and humans share about 95 percent of their genes.

Fatemi has also found that the timing of infection is crucial.

When pregnant mice are injected with a real flu virus nine days after conception, or embryonic day 9, there are significant changes in more than 200 genes of the cerebellum9. In contrast, injecting the mice on embryonic day 18 generates significant alterations in gene expression in the frontal, hippocampal and cerebellar cortices of the fetal brain10.

Fatemi has unpublished data showing that when mice are injected on embryonic day 16, it affects the expression of genes involved in the production of myelin, the fatty coating of neurons. “It’s very exciting for us because these genes may actually have much more relevance to autism,” he says.

Patterson also has unpublished evidence of changes in dozens of genes in the offspring’s frontal cortex that persist into adulthood. “We haven’t verified all of the genetic changes yet, but we do know that IL-6 drives those changes,” he says.

But Fatemi is skeptical of the mock-infection approach. “I don’t think you can mimic the effects of the virus totally by just using one cytokine or one synthetic molecule,” Fatemi says. “As soon as we see [Patterson’s] genetic data we can compare it to ours, and that would be enlightening.”

Fatemi has found significant changes in close to 1,000 genes of the fetal brain in total, and says that has serious implications for vaccinating pregnant women. “There may be something about the viral epitope that’s the cause of all this havoc,” he says.

“The infection has been associated with adverse maternal outcomes,” says Joanne Langley, chair of the Canadian National Advisory Committee on Immunization, which made the recommendation. “A vaccination only has part of the virus in it.”

No one knows whether pregnant women are more susceptible to influenza, but “there are physiological reasons that make it harder for them to tolerate a respiratory infection,” Langley says. For instance, as the baby grows, the woman’s abdomen constricts the expansion of the lungs, making breathing more difficult.

In the next year, the University of Wisconsin’s Coe plans to vaccinate pregnant monkeys during their first trimester and compare the brains of their offspring to those of monkeys infected with the full flu virus.

“My bet is that we’ll end up finding that the vaccine is much safer and of less concern than the actual infection itself,” Coe says. “But scientists are trained to be cautious. We’ll have to wait and see.”