Experts balk at large trial of stem cells for autism 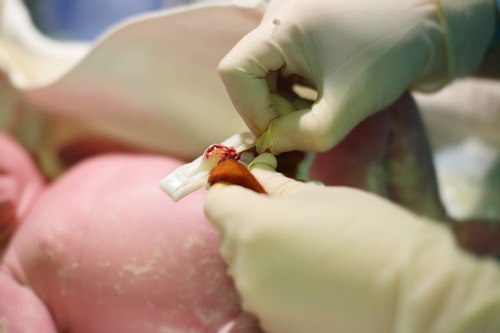 Cold comfort: Researchers are trying to find out whether stem cells taken from frozen cord blood can improve autism symptoms.

A team at Duke University in Durham, North Carolina, is set to launch a $40 million clinical trial to explore stem cells from umbilical cord blood as a treatment for autism. But experts caution that the trial is premature.

A $15 million grant from the Marcus Foundation, a philanthropic funding organization based in Atlanta, will bankroll the first two years of the five-year trial, which also plans to test stem cell therapy for stroke and cerebral palsy. The autism arm of the trial aims to enroll 390 children and adults.

Joanne Kurtzberg, the trial’s lead investigator, has extensive experience studying the effectiveness of cord blood transplants for treating various disorders, such as leukemia and sickle cell anemia1. Most recently, she showed that cord blood transplants can improve the odds of survival for babies deprived of oxygen at birth. A randomized trial of the approach for this condition is underway2.

“To really sort out if [stem] cells can treat these children, we need to do randomized, controlled trials that are well designed and well controlled, and that’s what we intend to do,” says Kurtzberg, professor of pediatrics and pathology at Duke. “We firmly believe we should be moving ahead in the clinic.”

Early animal studies have shown that stem cells isolated from umbilical cord blood can stimulate cells in the spinal cord to regrow their myelin layers, and in doing so help restore connections with surrounding cells3. Autism is thought to result from impaired connectivity in the brain. Because of this, some groups of children with the disorder may benefit from a stem cell transplant, Kurtzberg says.

But others are skeptical of the approach. Autism is a complex disorder with many possible causes. Also, it’s unclear how stem cells derived from cord blood can improve connections in the brain. Given these important caveats, it’s too soon to conduct a test of this scale and investment, some experts say.

“It’s probably premature to run large trials without evidence that they have a therapeutic effect that [we] understand,” cautions Arnold Kriegstein, director of the Broad Center of Regenerative Medicine and Stem Cell Research at the University of California, San Francisco.

In June, Kurtzberg launched the first phase of the trial, with 20 children between 2 and 5 years of age. Her team plans to infuse the children with a single dose of their own cord blood cells, banked at birth and preserved by freezing.

For this stage of the trial, the team is recruiting children who have an autism diagnosis but who do not have other genetic disorders, such as the related Rett syndrome.

In later stages, the trial will deliver cord blood cells from donors to children and adults with autism. For individuals with a known genetic link to autism, Kurtzberg expects that donor stem cells — which presumably will not have the mutations that might have caused autism — are more likely to treat the condition than the individuals’ own banked cells. Also, donor cells will allow more people to benefit from this procedure, she says.

In animal models — and in one postmortem brain from a child who had been treated for a different disorder — Kurtzberg’s team has found that donor cord blood can cross the blood-brain barrier that keeps the vast majority of molecules and cells out of the brain. The cells enmesh themselves in brain tissue and develop into specialized cells, such as microglia, Kurtzberg says. The stem cells may also send chemical signals that travel through the blood and stimulate recovery of inflamed or injured sites, or encourage connections to form where there were none, she says. Depending on the need, these signals vary.

Kriegstein is skeptical of these proposed mechanisms, however.

“I think it would be marvelous if this trial worked, but it really seems more like a ‘Hail Mary pass’ than a rational therapy,” he says.

What is clear so far is that the treatment at least causes no harm to people treated with their own or donor cells for a range of disorders, according to pilot studies by Kurtzberg and others2, 4.

In the meantime, the first stem cell trial for autism in the U.S. is about midway through its course. That trial includes 30 children with autism between 2 and 7 years of age and began in 2012. In the trial, the children, who have a diagnosis of autism but no known genetic risk factors, receive a single infusionof their own banked cord blood.

After six months, the researchers record any changes in behavior and learning abilities, as well as any changes to their autism symptoms, measured by tests such as the Autism Diagnostic Observation Schedule.

“We hope to demonstrate to people [whether] this is worth pursuing or not,” says principal investigator Michael Chez, a pediatric neurologist affiliated with the Sutter Health Institute, a nonprofit health network based in Sacramento. Chez says he anticipates that some subtypes of autism may respond better to this procedure, and part of the goal of his pilot study is to flag those groups.

Kurtzberg’s trial “will have much better statistical information than our smaller study,” Chez says. “I just hope that there’s data there to justify this investment even before pilot studies like ours [have concluded].”

Several clinics outside the U.S. also offer cord blood stem cell treatments for autism. Parents travel to secure the procedure for their children with autism, and some have informally reported signs of improvement.

Kurtzberg sees her trial as an answer to the calls from researchers for a more rigorous assessment of this procedure.

“There’s no question Kurtzberg is the right person to do this,” says Emanuel DiCicco-Bloom, professor of neuroscience, cell biology and pediatrics at the Rutgers Robert Wood Johnson Medical School in New Jersey. Still, he says, “I think it’s early times.”