Experts balk at lack of support for routine autism screening On Monday, the U.S. Preventive Services Task Force said it would withhold support for routine autism screening in children under 3 years. The draft decision, open for comments until 31 August, has sparked serious criticism from autism researchers, who fear the move will delay diagnosis and valuable treatment for children early in life.

The task force, made up of clinicians and scientists in preventive and evidence-based medicine, cited insufficient research to back routine autism screening. The group noted that no study has looked at how well children who underwent early autism screening fare compared with those who did not.

The report adds that there is no consensus on either the best age at which to screen for autism or the best screening tool to use.

The announcement came as a shock to autism researchers, who have, with exceptional unanimity, been advocating for routine screening for years. In 2006, the American Academy of Pediatrics (AAP) recommended that doctors screen for autism starting at 18 months — a stance they reaffirmed Monday.

We asked four autism experts to weigh in on the recommendation and its potential impact. Here’s what they had to say: 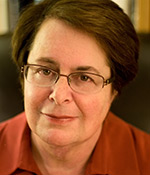 Professor of Psychology, University of Connecticut

It is true that a large-scale study comparing children who underwent early screening for autism and those who did not has not been done. But such a study would require that a group of pediatricians discontinue adherence to the AAP recommendations, when we know that universal screening lowers the age of detection. Children from minority groups or of low socioeconomic status are especially at risk of being missed until the age of 4 or even later. Discontinuing screening at this point would be unethical.

Finally, the report raises the issues of needless alarm and waste of resources. Although not all children who screen positive for autism turn out to have autism, they usually do turn out to have a developmental delay or a condition that can benefit from early diagnosis and intervention. 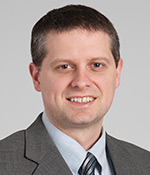 When our health system implemented mandatory screening, the average age of diagnosis plummeted. Our median age is now 3 years and many of these children that we identified early are getting services they need. In the case of autism, children who are not diagnosed until late and then don’t receive early intervention services often have the worst outcomes.

My fear is that this decision will result in less screening and delayed diagnosis, and will decrease the potential for children with autism to benefit from early intervention.

Mandating screening can also lead providers to learn more about autism symptoms and generate referrals for future evaluations and services. 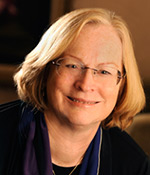 On an epidemiological level, the task force’s stance makes sense. But I worry that it will have a significant negative impact on clinical practice. The statement could discourage clinicians from helping families keep an eye on behaviors associated with autism.

Carrying out a project that follows a substantial number of children who are screened as toddlers into childhood would be an extraordinarily expensive endeavor. A number of researchers would likely be very happy to take this on, but it does not fit into the budgets, priorities or timeframes of current funding mechanisms. 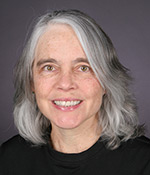 Professor of Population Health Sciences and Pediatrics, University of Wisconsin-Madison

The most important conclusion from the task force report is that there is a critical need for more research to weigh the benefits and costs of universal screening for autism in young children. I think the report is correct in identifying the need for further research to better define the optimal time for early screening for autism and weigh the long-term benefits versus the costs.

Does this mean that pediatricians and other providers should not screen for autism during well-child visits? I don’t think so. We can’t always wait for the most definitive studies to be completed before taking action. The report did conclude that they found little evidence of harm associated with screening for autism or with the behavioral interventions that may follow screening.

One of the major benefits of universal screening is that it can help level the playing field and reduce racial and socioeconomic disparities in access to services. This is especially important for autism in the U.S., where we see large racial and socioeconomic disparities. Not all parents are in an equal position to identify important delays unless specifically asked. Routine screening of all children for autism regardless of reported parental concerns could help reduce these disparities. This is a major potential advantage of universal screening that I’m not sure the task force considered.