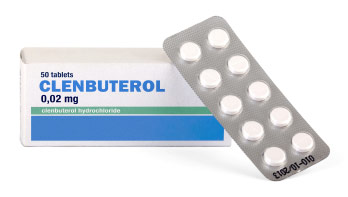 Forbidden benefits: Clenbuterol, an asthma drug that some people take off-label to build muscle, may treat symptoms of Rett syndrome.

Rett syndrome affects many cellular pathways, but correcting just one of these with drugs approved for other purposes may be enough to alleviate symptoms of the disorder. This was the message from two presentations Tuesday at the 2013 Society for Neuroscience annual meeting in San Diego.

One study showed that restoring a healthy copy of MeCP2, the gene mutated in the syndrome, in just 20 percent of the brain’s neurons improves most symptoms in mice. The second delves into a growth factor pathway already being used to treat Rett syndrome, looking for additional nodes that are amenable to treatment.

Rett syndrome primarily affects girls, who have problems with motor skills, breathing and language starting at around 2 years of age. Most cases of Rett can be traced back to mutations in MeCP2, which regulates the levels of thousands of other genes.

A 2010 study showed that selectively deleting MeCP2 from one family of neurons leads to most of the characteristic symptoms of the disorder in mice. These neurons express gamma-aminobutyric acid (GABA), a chemical messenger that calms neural circuits.

In new work presented at the conference, researchers tried doing the opposite: They added MeCP2 back only to GABA neurons in mice lacking MeCP2. These neurons barely make up one-quarter of cells in the brain, notes Kerstin Ure, a postdoctoral fellow in Huda Zoghbi’s lab at Baylor College of Medicine in Houston, Texas. “Honestly, when I did this experiment I didn’t think it would work,” Ure says.

In fact, the experiment worked extremely well. The treated mice live to about 40 weeks, compared with 25 weeks for the untreated ones. Some of the treated mice are 15 months old and “still chugging along,” says Ure. The mice seem to regain normal levels of motor function, anxiety and learning and memory, and weigh about the same as control mice.

This result is particularly surprising because other studies have shown that removing MeCP2 from glia, the brain’s support cells, also causes many of the disorder’s symptoms, suggesting that glia play a crucial role in the disorder. In the new study, the glia still lack MeCP2.

It may be that glia and other cell types in the brain and body cause the symptoms that remain in the treated mice. For example, the mice still show a tremor, take heavy breaths and respond less to a startling sound than controls do.

Interestingly, female mice with MeCP2 restored in GABA neurons show more severe symptoms than males do. The female mice already have one good copy of MeCP2, which is expressed in patches throughout the brain. It’s possible that the experiment skews the optimal balance of healthy GABA neurons, suggests Ure.

Still, overall the results suggest that targeting GABA may be a good treatment for Rett syndrome. Ure and her colleagues plan to test the effect of vigabatrin, which boosts levels of GABA. Vigabatrin is an epilepsy drug already approved for use in children.

Other potential treatments for Rett syndrome are further along, including insulin-like growth factor 1 (IGF1), which is currently in clinical trials.

IGF1 functions in the same pathway as another growth factor, called brain-derived neurotrophic factor ( BDNF), a MeCP2 target that shows low levels in the brains of Rett mice. BDNF itself is not a viable treatment because it doesn’t cross the blood-brain barrier.

Nikolaos Mellios, a postdoctoral fellow in Mriganka Sur’s lab at the Massachusetts Institute of Technology who gave the second presentation, scoured the literature for hints of other drugs that target this pathway. He hit upon clenbuterol, an asthma drug that people take off-label to build muscle. “We know clenbuterol is safe,” he says. “Because hundreds of stupid males take it to gain muscle.”

Treatment with clenbuterol boosts the levels of both IGF1 and BDNF to normal levels in the cerebellum of these mice. It does this through a small piece of RNA, or microRNA, which indirectly controls the production of IGF1. Mellios is looking for other microRNAs in people with Rett syndrome that could suggest drug targets.

IGF1 and clenbuterol can also be used in combination, Mellios found. Treating mice with both IGF1 and clenbuterol extends the mice’s survival more than either drug alone does. “I’m very confident that this can be translated to a clinical trial,” he says.