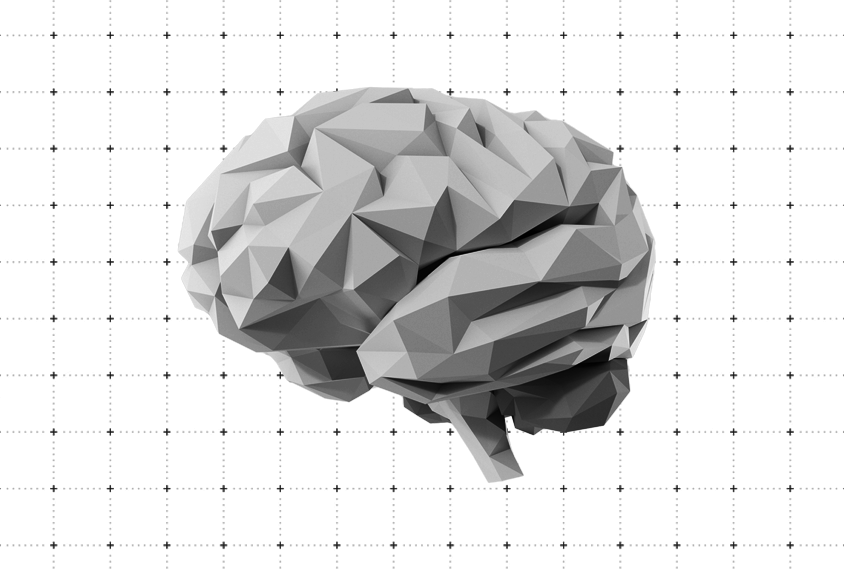 Stiff competition: Dysregulated pathways linked to cell death tend to lose out to those controlling cell proliferation in autistic people with large brains.

A ‘don’t eat me’ cell signal called CD47 contributes to brain overgrowth in people with idiopathic autism, according to unpublished research presented last week at Neuroscience 2022 in San Diego, California. And two cancer-linked cell-signaling pathways may also be disrupted in people with above-average brain size, according to the new findings.

Overexpression of CD47, which prevents immune cells called microglia from pruning neurons during development, leads to overgrowth in neural progenitor cells derived from people with macrocephaly and an autism-linked deletion in the chromosomal region 16p11.2, the same lab showed last year. The cultured cells also overexpress calreticulin, an ‘eat me’ signal, but CD47 overpowers it; blocking CD47 corrects the imbalance and curbs neuron overgrowth in cultured human cells and in mice, the team showed.

The new studies extend the 16p11.2 findings to people whose autism has no known genetic cause and identify genes and additional cell signals involved in brain overgrowth.

In the new studies, Chetty and her team coaxed donated blood cells from autistic and non-autistic people into stem cells and then into immature neurons.

The cells from four people with idiopathic autism and disproportionate megalencephaly — a brain size in the 98th percentile — all overexpress CD47, unlike those from four autistic and four non-autistic people with average brain size, according to unpublished findings presented on 13 November by Anna Shcherbina, senior machine-learning engineer at Insitro, a drug discovery and development company in South San Francisco, California. Shcherbina worked on the study as a graduate student in Chetty’s lab.

The cells from the participants with idiopathic autism and megalencephaly also overexpress a similar protein, CD99, the pilot study shows. CD99 plays a role in acute myeloid leukemia, and doctors have killed tumor cells in leukemia patients by treating them with an anti-CD99 antibody.

Genes in multiple immune-signaling pathways driven by CD99 are upregulated in the cells, according to unpublished results Shcherbina presented on 16 November, further linking cancer pathways and brain overgrowth. This analysis also showed a strong correlation between CD99 and pathways involving meiosis, the cell cycle and cell proliferation — all of which are also involved in cancer.

“This is very interesting because it mirrors our earlier observation in 16p11.2 deletion work, where CD47 played a role in cancer as well as brain overgrowth,” Shcherbina says. “And it appears that CD99 has a similar link as well.”

Another unpublished study, presented on 15 November by Siwei Chen, a postdoctoral fellow in Chetty’s lab, investigated how genes in the 16p11.2 region influence CD47 levels.

Chen used CRISPR to knock out each of the 29 genes in the 16p11.2 region from control human induced pluripotent stem cells and narrowed in on three that affect CD47: KCTD13, MAPK3 and ALDOA. A literature review suggested that loss of function in these genes disrupts CD47 and P53-linked processes, including the normal response to DNA damage. P53 is a tumor-suppressing protein that is also affected by some autism-linked genes.

Chen hypothesizes that a reduced rate of natural cell death could also contribute to brain overgrowth. Further research is underway to confirm the degree to which individual genes in the 16p11.2 region play key roles in dysregulating the natural process of cell death, Chen says.