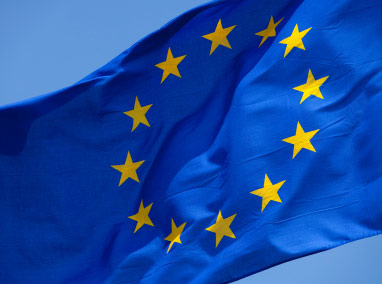 Cohesive unit: A unique partnership brings together researchers from different European countries, in different phases of research, and from both academia and the pharmaceutical industry.

A $38.7 million project in the European Union — the largest single grant for autism research in the world — aims to bring together academic labs and pharmaceutical companies, including Roche, Eli Lilly and Pfizer, to speed the move from basic to clinical research.

“If we want to find new medicines, we need to lower the barrier for investment,” says Luca Santarelli, head of neuroscience at Roche. “That means we need to collectively progress the science, translational research and clinical trial technology.”

Half the funding for the five-year project comes from the Innovative Medicines Initiative, a European public-private initiative designed to help develop better and safer medicines, and half from the European Federation of Pharmaceutical Industry Associations. Autism Speaks, a U.S.-based research and advocacy organization that contributed $1 million to the project, is another collaborator.

“I think it’s a great first effort and will dramatically contribute to the understanding, treatment and de-stigmatization of autism in Europe,” says Randall Carpenter, president of Seaside Therapeutics, a Massachusetts-based biotech company testing drugs for autism and fragile X syndrome, and head of the grant review committee. “They have been visionary in their thought process and tried to integrate and learn from everyone else who has tried these projects.”

For example, the researchers plan to make the resources that emerge from the project, such as databases and a collection of biological samples, able to link with existing autism repositories.

The products of the project are also considered ‘pre-competitive,’ meaning the information can be shared freely. “Pre-competitive applies to areas where the field is young and needs to progress to a critical point where companies can invest in proprietary research,” says Santarelli.

A central thrust of the EU-AIMS project is to create a network of centers of expertise for the various components of autism research.

“We want to develop better animal models, better understanding of the biology of disease, and better clinical scales and endpoints,” says Santarelli. “If you do that in isolation, you have less power than doing it as a team.”

One group aims to generate induced pluripotent stem (iPS) cells from people with autism to try to identify cellular abnormalities, and to develop new technology for drug discovery assays.

Researchers specializing in animal models plan to generate new strains that robustly show the core symptoms of autism: social deficits and repetitive and restricted behaviors. They also aim to develop reproducible behavioral assays and anatomical and functional biomarkers, such as differences in brain structure or behavior, that can ultimately be used to test drugs.

The animals will be housed in a central animal repository, and breeding pairs can be shared with other researchers.

Part of the translational effort will be to develop new molecular imaging techniques that can be used across different species.

“We want to put everything together and try to come up with a holistic view,” says Declan Murphy, professor of neurodevelopmental sciences at King’s College London, and the academic lead on the effort.

For example, he says, the researchers don’t just want to measure glutamate and GABA, two chemical messengers in the brain, in live animals. They instead hope to understand how these markers relate to autism-linked mutations and how they are modulated by different drugs.

On the clinical side, researchers plan to work closely with families, for example by studying infants who have siblings with autism and are therefore at higher-than-average risk of developing the disorder. They plan to follow approximately 300 of these so-called ‘baby sibs’, as well as 500 children with autism, in search of early biomarkers that can predict autism, and to assess whether those biomarkers change over time.

“What they are doing is very comprehensive and commendable in terms of trying to integrate investigators and bringing in pharma to the table,” says Antonio Hardan, assistant professor of psychiatry and behavioral science at Stanford University in California, who is not involved in the project. Forty million dollars, he points out, “is a great catalyzer.”

One of the most important aspects of the project is the development of six clinical centers — with more planned — across Europe. “If we identify new treatments, we can roll them out to clinical populations immediately,” says Murphy.

For a disorder as diverse as autism, it’s especially important to have access to large numbers of people for clinical trials. Most clinical trials in autism have been comparatively small, with 50 or fewer participants. That makes it difficult to identify subgroups that might respond to the treatment, says Hardan.

Given that the effort spans at least seven different countries and intends to include individuals who speak as many languages, the researchers face the unique challenge of developing and validating tools that work across the various languages and cultures.

The U.S. has its own autism clinical trials network, known as the Research Units on Pediatric Psychopharmacology Autism Network, but it has few sites and does not incorporate a basic science component.

“No other effort [in the autism field] is bringing basic science and clinical trials under one umbrella,” says Hardan. “These countries have done it before politically, so they can probably [work] together here also.”