Epilepsy drugs during pregnancy up the risk of autism 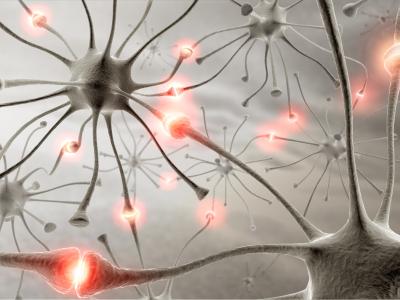 Prenatal peril: The epilepsy drug valproate increases the risk of autism, although the exact mechanism is unknown.

The risks of taking sodium valproate or VPA ― a commonly used antiepileptic drug ― during pregnancy may far outweigh the benefits, researchers are cautioning.

The warning is based in part on early findings from a prospective study set to conclude in early 2010. That study, results of which were published in December in Neurology 1, found that children born to women taking VPA are seven times more likely to be diagnosed with autism spectrum disorders than children born to healthy women.

VPA is approved by the U.S. Food and Drug Administration to treat symptoms associated with bipolar disorder, prevent migraines, and prevent epileptic seizures in adults and children over 10 years of age.

In this study, researchers assessed the occurrence of autism in 632 children, roughly half of them born to women taking antiepileptic medications to control seizures throughout pregnancy, and the other half to mothers who were not taking medications, and were presumably healthy.

Though the study numbers are small, this is the first and largest study to use a control group of healthy women, says lead author Gus Baker, a professor of clinical neuropsychology at the University of Liverpool.

“We want people to be aware that the effects in some children can be quite significant,” Baker says. “We didn’t want to wait another two years before we put that message out.”

The aftermath of fetal exposure to VPA has been known since the early 1980s, when researchers showed that children exposed to the drug have abnormal facial features and motor problems, a so-called ‘fetal valproate syndromeʼ. Since then, researchers have tied language and communication deficits to the syndrome, and began to uncover a link between VPA exposure and autism2,3.

In the late 1990s, Baker began asking about 300 women attending the epilepsy clinic at his hospital about their pregnancy outcomes.

“There seemed to be a number of women who reported that their children had learning difficulties, particularly characterized by speech delay and language acquisition,” Baker says. “That wakened our interest into whether there was a specific pattern of results.”

Other studies on VPA have been plagued with methodological limitations and confounding factors, prompting some experts to warn against estimating the risk of VPAʼs effects, including autism, developmental delays and learning disabilities, based on that literature4. For example, most studies have been retrospective, meaning they rely on the motherʼs ability to recall details such as seizure episodes and drug doses.

Potential confounds in estimating risk run the gamut from parental IQ and education level to epilepsy in the children: severe types of epilepsy and their therapies can affect development. In pregnant women, the seizures themselves can serve as another confounding factor: in 2004, for example, Bakerʼs group showed that developmental delays occur in children born to mothers who frequently experience tonic-clonic seizures, a type of whole-brain seizure commonly associated with epilepsy, during pregnancy5.

None of the studies, including the current one, control for the timing or duration of exposure, adds Katherine Martien, a neurodevelopmental pediatrician at the Massachusetts Hospital for Children who was not involved with the work.

“This issue of timing and dose and duration starts to become really important to understanding what [VPA] is doing,” Martien says. “At what point in development of the fetal brain is it having an effect? Human studies are not going to get at it. We have to get at this in animal models.”

Animal models have, in the past few years, helped strengthen the link between autism-like features and fetal VPA exposure.

In 2006, researchers led by George Wagner, a professor of behavioral neuroscience at Rutgers University, first created a mouse model of autism by injecting mice with VPA during both prenatal and postnatal development.

Compared with control mice, VPA-treated mice experience delays in motor activities associated with the cerebellum, impaired cognition and social interactions similar to those seen in people with autism6,7.

VPA produces a slew of different actions at the cellular level, any of which on its own could serve as an important mechanism for increasing the risk of autism, says Martien.

Prescribed for people with bipolar disorder, the drug is used to accentuate the actions of GABA, an inhibitory neurotransmitter that prevents over-excitation in the brain. Disruption of the balance of excitatory and inhibitory neurons in the brain during development is thought to play a key role in autism.

VPA as well as other antiepileptic drugs also disrupt the metabolism of oxygen in cells and result in damage to cell structure. By pre-treating mice with antioxidants such as vitamin E, Wagnerʼs group was able to alleviate some of the motor deficits caused by VPA8.

But animal models donʼt always clarify the relationship between VPA and autism. A study published earlier this year shows that, compared with control rats, a VPA rat model of autism has stronger neuronal connections in the prefrontal cortex, a region of the brain involved in emotion and language9. Such hyperconnectivity contradicts the idea that weakened connections in this brain area might explain autistic symptoms.

The exact genetic targets of VPA are also unknown. The drug can regulate the expression of genes such as brain-derived neurotrophic factor10, a protein that helps promote growth and survival of neurons.

Interestingly, in the current study, none of the children diagnosed with ASD has a family history of autism or other developmental disorders. “This is so important because it shifts our thinking about the etiology of autism away from a purely genetic interpretation,” Wagner says.

Still, genes might offer some clues about why autism occurs more frequently in children exposed to VPA, Baker says. He and collaborators are investigating whether there are particular genetic patterns that confer risk of autism after exposure to valproate and other antiepileptic drugs during pregnancy.