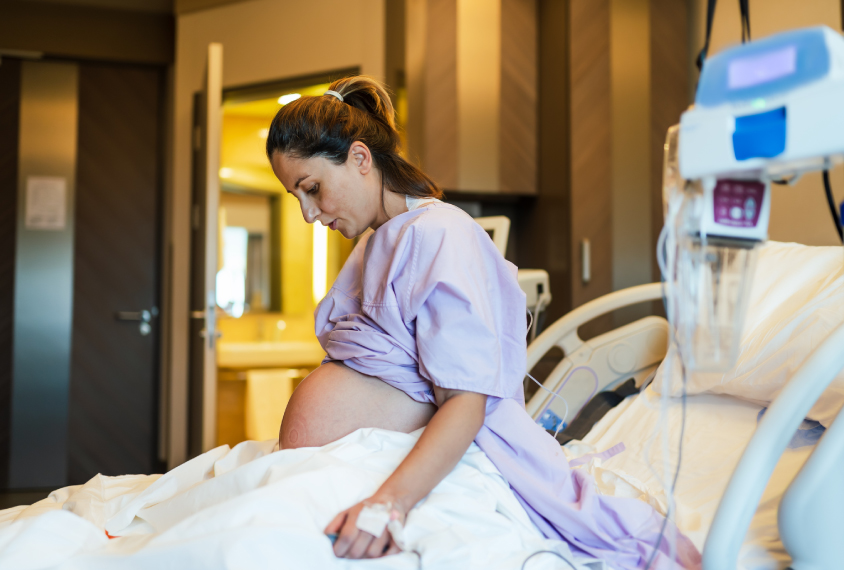 Foggy relationship: Experts say it is not clear whether the anesthetic drug or some other factor increases the odds of autism among children born to women who have an epidural during labor.

Women who receive epidural anesthesia during labor seem to stand an increased chance of having a child with autism, a new study has found1. But the study was not designed to prove cause and effect and does not suggest that epidurals cause autism.

Multiple professional organizations weighed in critically on the work. The study “does not provide credible scientific evidence that labor epidurals for pain relief cause autism,” say the Society for Obstetric Anesthesia and Perinatology, American Society of Anesthesiologists, Society for Pediatric Anesthesia, American College of Obstetricians and Gynecologists and the Society for Maternal-Fetal Medicine in a joint statement. “This study should not alter the analgesia currently offered to women in labour,” says a statement from the Royal College of Anaesthetists.

“There may be many other factors that could explain that small increase,” says co-lead researcher Anny Xiang, director of biostatistics research in the Department of Research and Evaluation at Kaiser Permanente Southern California in Pasadena.

Such factors — which the study did not account for — could include a family history of psychiatric or neurologic conditions, or differences in the women’s propensity to seek an autism diagnosis for their children, says Brian Lee, associate professor of epidemiology and biostatistics at Drexel University in Philadelphia, Pennsylvania, who was not involved in the work. “The major concern is that there are unobserved characteristics between” women who receive epidurals and those who do not, he says. “It’s quite possible other differences exist beyond that which is seen.”

There is nothing in this study – nothing – to support claims that #epidurals increase the risk of #autism in offspring. Let’s take a closer look at what the authors have actually found… https://t.co/MH3ONfJTNS @JAMAPediatrics
/THREAD

Xiang and her team looked at electronic medical records for 147,895 babies born in a network of hospitals in Southern California from 2008 through 2015, noting which of their mothers had received an epidural. They focused on children born vaginally, as some previous studies have linked birth by Cesarean section to autism. All of the children had been screened for autism at 18 to 24 months of age. Pediatric developmental specialists confirmed diagnoses.

The team also collected data on other characteristics in the babies’ mothers that could influence early neurodevelopment, including education level, socioeconomic status, smoking during pregnancy or any pregnancy-related conditions — such as preeclampsia, eclampsia or a fever during labor.

Among 38,176 babies unexposed to an epidural, 485 had been diagnosed with autism by the end of the study period; among the 109,719 babies who were exposed to the anesthesia, 2,039 were diagnosed with autism. After adjusting for race, education, socioeconomic status and pregnancy complications, the researchers found that children in the epidural group were 37 percent more likely to have autism than those in the unexposed group.

The increase in autism likelihood rose among children the longer their mother had an epidural — from 33 percent for fewer than 4 hours, to 46 percent for more than 8 hours. The longer the epidural duration, the greater a woman’s chance of also having a fever, which is associated with elevated autism odds. But the link between epidurals and autism persisted even after the researchers controlled for fever.

The study should not change how pregnant women plan to give birth, says Alex Butwick, associate professor of anesthesiology, perioperative and pain medicine at Stanford University in California, who was not involved in the work. The small increase in autism likelihood is counterbalanced by the benefits of an epidural, including avoiding general anesthesia in the event of an unplanned Cesarean delivery, he says.

Hispanic women are less likely to receive an epidural than are those in other racial groups, as are women from low-income areas, the study found. The researchers also found several other significant differences between women who received an epidural and those who did not in terms of education levels and pregnancy factors.

Previous work involving monkeys showed that the drug used in epidural anesthesia can enter an infant’s brain and affect development2. But the current study was observational and not set up to determine whether the drug contributes to autism in people.

Epidurals can increase the duration of labor, but previous research suggests that longer labor is not tied to increased odds of autism3,4.

It is possible that lifestyle and environmental factors that were not measured in this study contributed to the results seen here, Xiang says, or a father’s genetic contribution could also be at play.

The researchers did not account for a common reason that women get epidurals: delivery with forceps or vacuum assistance. “The vast majority of women that go through instrumental delivery have an epidural to provide them with pain relief, because those can be particularly painful experiences,” Butwick says.

The study also did not account for induced labor, which is concerning, Butwick says. That procedure, which previous work has linked to higher odds of autism, often results in more painful labor necessitating an epidural5.

For these reasons, Butwick is not convinced that the epidural is a causative factor.

Xiang and her team say they would like to further investigate why longer epidural use is associated with higher autism odds. In some cases, the epidural recipient can control the flow of anesthetic drug, and individual differences in pain tolerance mean that some women will use more than others in a given time period. The researchers plan to mine electronic pharmaceutical records to see whether the dosage of anesthetic, and not just how long someone is on it, affects autism likelihood.