Effect of paternal age seen in girls with autism 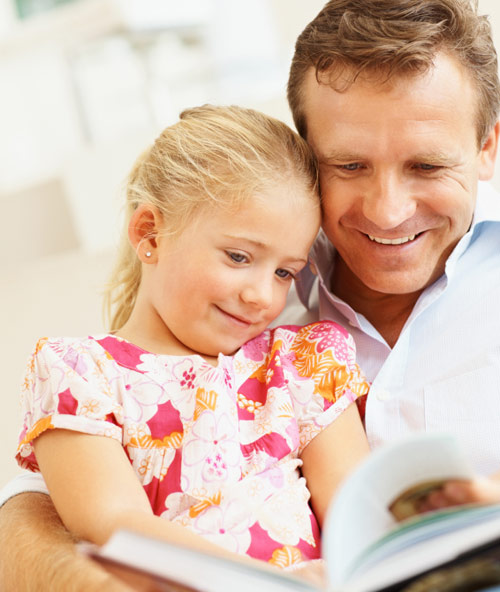 Daddy’s girl: Girls with autism who have older fathers hint at the potential role of new mutations in the disorder.

The results, published online 16 December in Autism, bolster the hypothesis that de novo, or non-inherited, mutations that accumulate in a man’s sperm cells as he ages may increase the risk of autism in his children.

“It suggests that girls with autism whose fathers are older are especially likely to have a disorder that is owing to some de novo event,” says lead investigator Jeremy Silverman, professor of psychiatry at Mount Sinai School of Medicine in New York.

The findings emphasize the importance of including girls in studies of the disorder, even though they are less likely to be affected than boys are.

“This is refocusing the attention on the females, and putting forth a potential model that makes a lot of sense,” says Rita Cantor, professor of human genetics at the University of California, Los Angeles, who was not involved in the work.

About four times more boys than girls have autism. However, this skewed sex ratio narrows among children with older fathers2, suggesting that some mechanism that affects boys and girls more equally may be at play in this group.

What’s more, researchers have found that people with sporadic autism — those who don’t have a family history of the disorder — have more de novo copy number variations (CNVs) than people with autism that runs in families or healthy individuals3. CNVs are a type of mutation in which chunks of genetic material are duplicated or deleted.

“There had been hints at this [study’s findings] in different ways,” Silverman says. “In some ways, we were just trying to put this stuff together.”

In the new study, Silverman and his colleagues analyzed data on 677 children with autism from 340 families enrolled in autism studies at Mount Sinai. “[Recruitment] took place before we were interested in paternal or maternal ages,” Silverman notes, “and so we feel pretty confident that there was no inherent bias” toward older parents.

Of these families, 90 are simplex families, meaning they have one child with autism, but unaffected parents and siblings. The remainder are multiplex families, in which at least two children are affected by the disorder.

That’s consistent with the idea that new mutations can accumulate in the sperm of men as they age, increasing the risk of autism in their daughters, even when there’s no family history of the disorder.

The findings don’t preclude de novo mutations from also contributing to autism in boys. A link between paternal age and simplex autism may simply be harder to pick up in boys because there are more boys with the disorder, and a greater diversity of causative factors, Silverman suggests.

The study is small and must be validated in a larger sample, experts caution. “They only have 14 [girls with simplex autism] that establish this, which in the statistical world is quite small,” Cantor says.

Experts also note that while the results support a role for de novo mutations, they don’t rule out other possibilities. “Other things happen as men age, and those could be explanatory for their findings,” says Lisa Croen, director of the Autism Research Program at the health insurer Kaiser Permanente Northern California in Oakland, California, who was not involved in the study.

Other age-related factors could include environmental exposures or epigenetic changes, which affect gene expression without altering the underlying sequence.

Data from some large studies that collect genetic material and information on environmental exposures, such as the ongoing Study to Explore Early Development, could help confirm the new results, notes Croen.

Silverman plans to investigate whether there are other characteristics common to girls with simplex autism who have older fathers, such as the pattern or severity of their symptoms.

Last year, researchers led by Dolores Malaspina found that women with schizophrenia who have older fathers and no family history of the disease have more severe symptoms compared with other women who have schizophrenia4. The risk of schizophrenia, like that of autism, is greater in males and in children of older men.

Silverman says his team’s findings help point autism researchers toward the subpopulations that may be most useful for their studies. For example, those wanting to understand the role of de novo mutations in autism might want to focus on simplex girls with older fathers. Those interested in how autism susceptibility is transmitted down the generations might want to avoid that population.