‘Editing’ of RNA may play sizeable role in autism 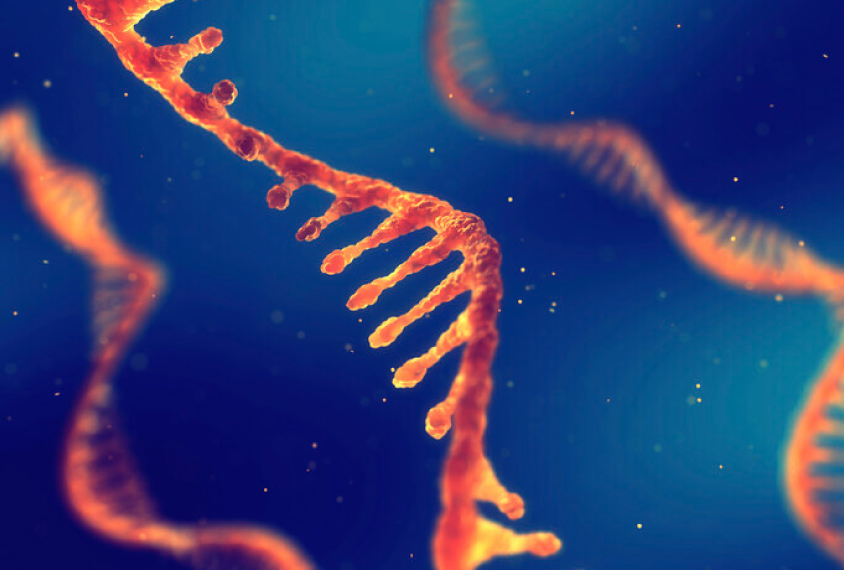 Copy changes: RNA molecules are edited much less in the brains of autistic people than in controls.

People with autism show scant activity in a poorly understood molecular process thought to regulate gene expression in the brain, according to a new study1. The process, called RNA editing, turns out to involve two proteins central to fragile X syndrome, one of the most common causes of autism.

The findings suggest that stalled RNA editing is common to several types of autism. They also hint that the fragile X proteins — FMRP and the structurally similar (but lesser known) FXR1P — play a significant role in autism.

In RNA editing, a specific set of proteins bind to and alter the RNA sequence after it is produced; this may be one way a single gene gives rise to multiple forms of the same protein. Editing of certain RNAs is thought to be altered in autism and related conditions.

“We knew some examples of RNA editing sites that are very different in autism, but we didn’t know the global landscape of editing changes,” says study co-leader Xinshu (Grace) Xiao, professor of integrative biology and physiology at the University of California, Los Angeles. “Our study is the first to examine RNA editing patterns on a global scale using a large number of patient samples.”

“This article certainly reinforces that we should be considering other layers of regulation, including modifications of the RNA itself,” says Debra Silver, associate professor of brain sciences at Duke University in Durham, North Carolina, who was not involved in the work.

Xiao and her colleagues analyzed RNA sequences from the postmortem brains of 35 autistic and 34 typical people. The sequences came from one of three brain regions — the frontal cortex, temporal cortex and cerebellum. The researchers confirmed their results for the frontal cortex using brain tissue from another 22 autistic people and 23 controls.

Comparing the sequences with a reference DNA sequence revealed that tissue from the autism brains shows much less RNA editing than that of controls.

“This is an impressive paper,” says Ivan Iossifov, associate professor at Cold Spring Harbor Laboratory in New York, who was not involved in the study. “[It] clearly shows that RNA hypo-editing is major feature of the molecular pathology of [autism] and related disorders.”

The researchers also searched for patterns in the editing sites that differ between autism and control brains. They found that the differences are especially common in RNA from genes linked to autism and those involved in the formation of neuronal junctions, or synapses.

One of the fragile X proteins, FMRP, seems to enhance RNA editing, whereas FXR1P seems to prevent it. The results appeared in January in Nature Neuroscience.

RNA editing occurs when proteins called ADARs bind to the RNA and swap out a nucleotide. FMRP and FXR1P both interact with these proteins and bind directly to the RNA at the editing sites, the researchers found.

The involvement of the fragile X proteins provides “an entirely new view of RNA editing,” says Daniel Geschwind, distinguished professor of neurology, psychiatry and human genetics at the University of California, Los Angeles, who co-led the work with Xiao.

Even less editing occurs in RNA sequences in nine brains from people with a severe form of autism called dup15q syndrome, caused by a deletion on chromosome 15.

“Our current hypothesis is that the [reduction in] in RNA editing could correlate with the severity of autism,” Xiao says.

She and her colleagues are exploring this possibility in cultured cells from people with different forms of autism. They are also conducting studies in lab-grown cells to identify how decreases in RNA editing affect cell function.