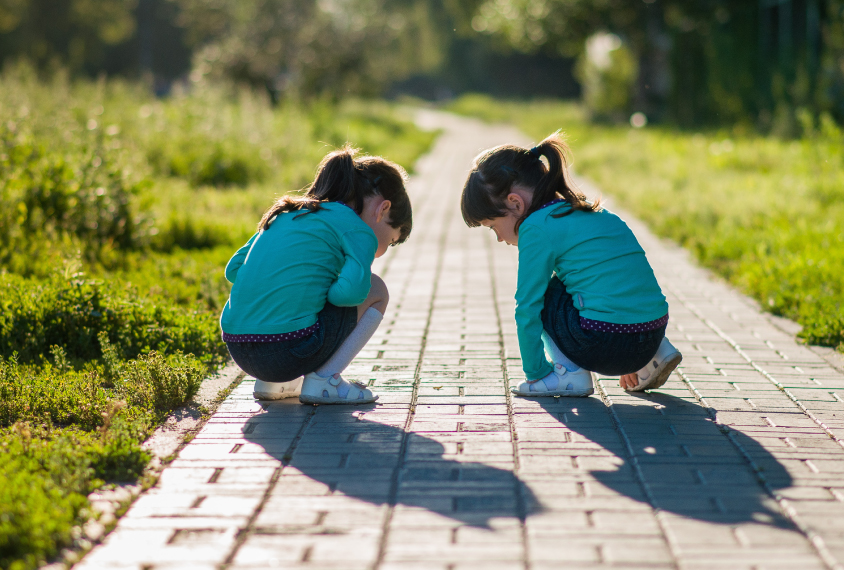 This article was originally published in May 2019 based on preliminary data presented at a conference. We have updated it to reflect findings published in Behavior Genetics1.

A child’s environment exerts a strong influence on the severity of her autism, according to a study of 78 pairs of identical twins in which at least one twin has autism.

Studies in identical twins have shown that autism has a strong genetic basis: If one identical twin has autism, the other one has it, too, as much as 90 percent of the time.

The new work supports these estimates: In 64 of the 78 twin pairs, both twins have an autism diagnosis. However, autism severity often differs greatly within the twin pairs. In one twin pair, for example, one boy is essentially nonverbal, whereas the other has excellent speech.

“It’s almost impossible to believe that identical twins can be so different; it’s remarkable,” says lead researcher John Constantino, professor of psychiatry and pediatrics at Washington University in St. Louis, who presented the findings.

The results suggest that the quality of life of autistic children is not hardwired by their genetics.

“The talk shows that the environment matters a lot, which to me is hopeful because it means that even if a child has a strong genetic burden, there’s a lot yet to be determined and room for improvement,” says Lucia Peixoto, assistant professor of biomedical sciences at Washington State University Spokane, who was not involved in the study.

Constantino and his colleagues used the Social Responsiveness Scale (SRS), a questionnaire that measures the severity of autism traits, to analyze 366 pairs of identical twins aged 4 to 18 years.

Overall, there is an even distribution of autism traits among the twin pairs; the twins with autism are at one end of that distribution. This is consistent with the theory that autism traits span a spectrum across the population.

The twins in each of 288 twin pairs from the general population are roughly 80 percent similar to each other based on their SRS scores. By contrast, pairs in which at least one twin has autism show only 20 percent similarity. For both groups, the greater the severity of autism traits in a twin pair, the more likely the members of that pair are to have different levels of these traits.

The results suggest that having a brain condition makes children more susceptible to random events that occur early in life, Constantino says.

The age and gender of the twins did not influence this disparity, suggesting that these random events happen before 4 years of age. This is surprising, says Caitlin Hudac, a research scientist at the University of Washington in Seattle, who was not involved in the study.

“Infant twins don’t necessarily have a lot of unique time apart; there’s not that much time for independence at that point,” she says. “It’s going to be really interesting to dig into that early development and somehow characterize what could be different to set the stage.”

The researchers found results similar to those from the SRS even when they used a different test of severity, the Autism Diagnostic Observation Schedule. They tested 55 identical twin pairs in which one twin has autism.

The reasons for this gap in severity are not clear but must stem from something only one of the twins experiences, Constantino says. The differences could also be rooted in somatic mutations, which occur after conception in only some cells in the body.