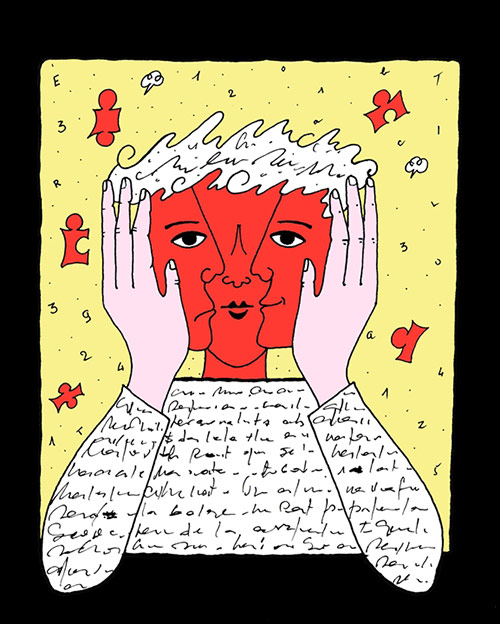 DNA defenses: People with a duplication of 22q11.2 often have intellectual disability, developmental delay and other psychiatric symptoms, but rarely have schizophrenia.

Carrying a duplication of the 22q11.2 chromosomal region may protect against schizophrenia, suggests a study published 12 November in Molecular Psychiatry1. This is the first evidence of a genetic region that lowers the risk of a disorder rather than increases it.

Deletion of this part of chromosome 22 is the strongest known risk factor for schizophrenia, and is also linked to autism, attention deficit hyperactivity disorder and anxiety in childhood. Various other copy number variations (CNVs), or stretches of a chromosome that are deleted or duplicated multiple times in the genome, have been linked to schizophrenia, autism and other neurological conditions.

The new study is the first to pinpoint a CNV that lowers the risk of a disorder, however.

“It was pretty surprising that [the duplication] was protective against schizophrenia, because that sort of thing hadn’t been seen before,” says Michael O’Donovan, deputy director of the Institute of Psychological Medicine and Clinical Neurosciences at Cardiff University in Wales, and one of the lead investigators.

One or more genes in that region may be responsible for this protective effect, which seems to be specific to schizophrenia. People with the duplication often have intellectual disability, developmental delay and other psychiatric and behavioral symptoms.

O’Donovan and his colleagues first examined how often the 22q11.2 duplication turns up in 6,882 people diagnosed with schizophrenia and 11,255 controls without a diagnosed psychiatric history. They looked for large duplications, spanning 1.5 to 3 megabases, in the 22q11.2 region. This matches the length of risk-inducing deletions and previously observed duplications in this region.

Statistically, it’s unlikely that the difference in duplications between the two groups is just a fluke. But because the duplication is so rare, “We wanted to see if it was one of these chance fluctuations you sometimes get with a rare phenomenon,” says O’Donovan.

The team set out to replicate the finding in an even larger sample. This time, they looked for the duplication in 14,256 people with schizophrenia and 14,612 controls with no psychiatric history.

Results from these larger groups also showed that the duplication is much rarer in people with schizophrenia than in controls: only 3 people with the disorder, or 0.021 percent, have the duplication, compared with 12 of the controls, or 0.082 percent.

This makes it unlikely that the finding is a product of chance rather than a real genetic effect, O’Donovan says.

Because some people with the duplication still develop schizophrenia, it doesn’t seem to provide absolute protection against the disorder, O’Donovan says; it may just lower risk of the disorder.

Other scientists who study 22q11.2 are intrigued by the result. “This is the first study that’s shown the duplication can actually decrease risk for psychosis when the deletion unequivocally increases risk for psychosis,” says Carrie Bearden, associate professor of clinical psychology at the University of California, Los Angeles. Bearden studies 22q11.2 deletion syndrome but was not involved in the new work.

The size of the study, and the fact that it included an independent replication group, makes the data more solid, she adds. “They looked at 47,000 people, and it gives you confidence that this is a real finding.”

The finding also raises new questions, says Beverly Emanuel, chief of the division of human genetics and molecular biology at the Children’s Hospital of Philadelphia, who was not involved in the study. “Now the question is to detect what it is about the region, which genes or elements in the genome might be responsible for the protective effect.”

Determining which genes are responsible for the effect isn’t likely to be easy. Although the deletion has been linked to schizophrenia for years, the mechanism by which it increases risk of the disease is still something of a mystery.

Looking to animal models of genes in the duplicated region, or to people who have duplications of genes, might be good first steps. “I think we need those mechanistic studies in both humans and animals,” Bearden says. “This gives us a very good reason to home in on that.”